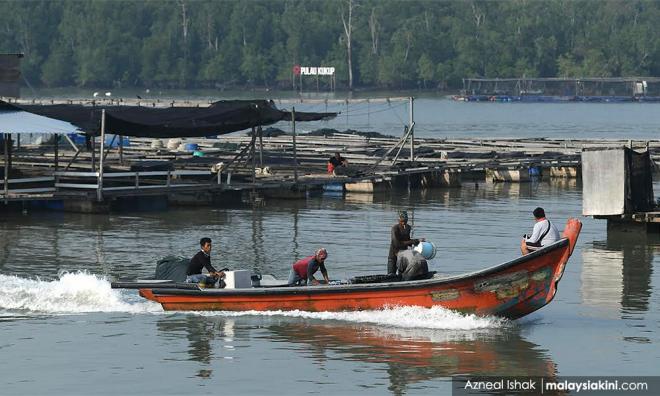 M'sia and Indonesia to create joint area for fishery

Malaysia and Indonesia have agreed in principle to create a joint development area for the fishery industry in over-lapping maritime areas.

Home Minister Muhyiddin Yassin said these overlapping waters were often contentious with claims of encroachment by fisherfolk, and issues connected to fishery.

“The concept of a joint development area for the fishery industry is based on what has been agreed, to avoid enforcement action taken in these areas,” he told reporters during a working visit to Indonesia today.

He said both countries will renew the memorandum of understanding on the issue next year, previously signed in 2012.

Muhyiddin stressed that the issues relating to allegations of encroachment by fishermen must be resolved more efficiently to preserve the good relations between the two countries.

Edhy Prabowo, who was recently appointed to the Indonesian cabinet for the 2019-2024 term, had said that Indonesia will no longer sink or burn the boats of foreign fisherfolk who were detained for encroachment.

Commenting on the new Indonesian policy, Muhyiddin said it was a positive development in fostering good relations between the two countries and related parties.

The boats or ships of fisherfolk who were detained for encroachment into local waters have always been an issue, and it was reported that since 2018 alone, 23 boats and ships of Malaysian fisherfolk have been detained.