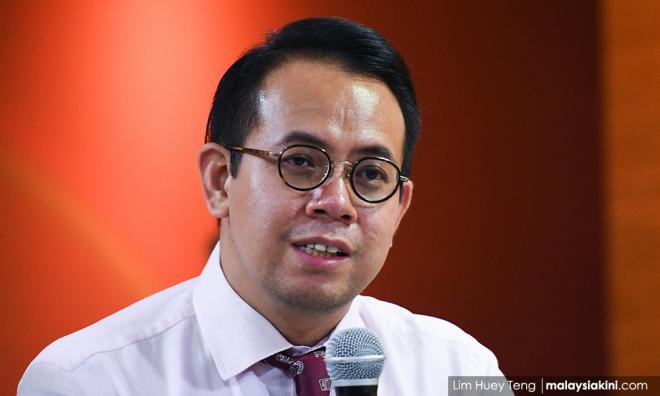 Deputy Minister for Youth and Sports Steven Sim maintains that assets belonging to him and his spouse have not increased over the past year.

“The information is incorrect and is a result of a mistake by the MACC on its asset declaration website.

“Thank you MACC for correcting the mistake,” Sim said in a statement today.

A check on the MACC website revealed that the number has been amended to show Sim had RM329,000.00 in assets, the same as last year.

“Despite the mistake, which has now been corrected, I support the asset declaration policy and believe this step will ensure transparency. It will also help combat abuse of power and corruption among the people’s representatives,” the DAP Bukit Mertajam MP added.

Earlier today, Malaysiakini reported the changes in MP’s income and assets following the latest round of asset declarations.

The details of most ministers and deputy ministers remained unchanged except for Prime Minister Dr Mahathir Mohamad, who reported a 31.82 percent jump in personal income to RM100,004.32 per month.

The MACC website did not include any reasons for the changes.

Previous income and asset declaration records were accessed through an archived version of the MACC website.