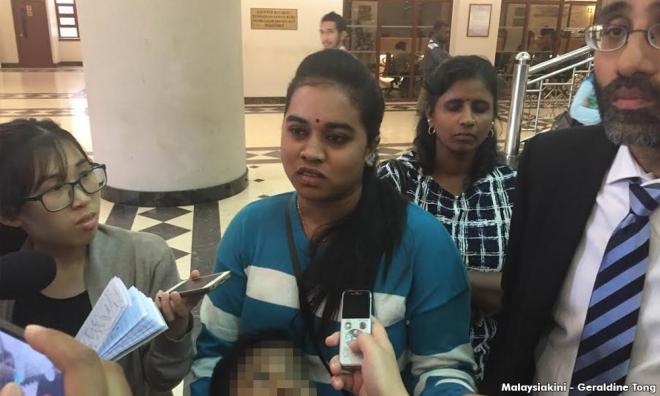 Marry Mariay Susay (above), the wife of N Dharmendran who died in police custody in 2013, has been awarded RM490,200 in damages and costs by the Kuala Lumpur High Court.

Marry's lawyer N Surendran said the Kuala Lumpur High Court had found both the police and the government liable for Dharmendran's death.

Dharmendran was found dead at the Kuala Lumpur police contingent headquarters on May 21, 2013.

According to the post-mortem, Dharmendran died from multiple blunt force trauma.

There were also puncture wounds and bruises throughout his body. Surendran said someone had also stapled Dharmendran's ear lobes.

Dhamendran was arrested on May 11 with three others over a gang fight involving firearms.

Four police officers implicated in Dharmendran's death were charged under Section 302 of the Penal Code for murder.

The court had found that the evidence against the four men was incomplete for a conviction.

crime
death in custody
n dharmendran
police
Related Reports
Commit to probing deaths in custody, Suaram tells police force
a year ago
Why we need to pass the IPCMC Bill in Parliament
a year ago
No inquest after 33-months, lawyer demands answers for death in custody case
a year ago
Inquest into Nigerian PhD student's death to be held in January
a year ago