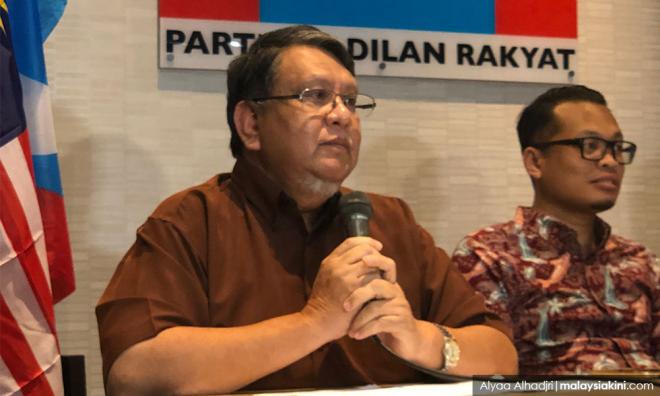 PKR disciplinary board chairperson Ahmad Kassim vowed stern action against disciplinary issues at the PKR congress last week, especially over the violence at the PKR Youth congress on Dec 6.

He said the board is aware of members’ concerns over the issue and urged any members with information or evidence of disciplinary misconduct to lodge a formal report to the board so that it can begin investigations and mete out punishments.

“The disciplinary board will use police investigations as the main point of reference, as well as the leadership’s call for stern action against any form of violence, especially during the PKR Youth congress,” he said in a statement late last night.

The PKR Youth congress last week was marred by two rounds of violence. The first occurred inside the Malacca International Trade Centre outside the hall where the event was taking place and the second, outside the trade centre later in the afternoon.

PKR president Anwar Ibrahim had urged for an investigation and called for any wrongdoers to be sacked.

Police have questioned PKR Youth secretary Ahmad Syukri Che Ab Razab over the fighting and have detained six people up to Dec 9.

The PKR congress was also marked by hostility between the supporters of PKR president Anwar Ibrahim and his deputy Mohamed Azmin Ali, culminating in a walkout on Saturday, Dec 7, of Azmin’s supporters who complained that most of the delegates allowed to speak were critical of Azmin.

Federal Territories delegate Che Zam Hamzah had called those involved in the walkout to be sacked, to thunderous applause from those who remained in the hall.

In a speech to Azmin’s supporters in Kuala Lumpur that night, PKR vice-president Zuraida Kamaruddin claimed that Anwar had tried to convince her that a sex video implicating Azmin was real.

PKR information chief Shamsul Iskandar Md Akin had called for disciplinary action against Zuraida for disclosing the purported conversation with Anwar and for disparaging other PKR leaders aligned to Anwar.