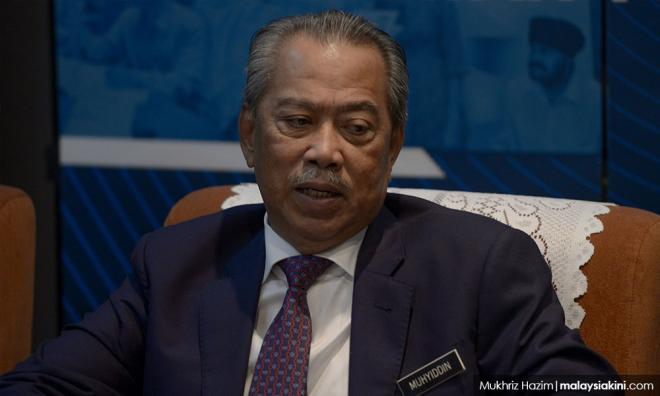 M'sia, Indonesia agree to use drones for border patrol

Malaysia and Indonesia have agreed in principle on the use of technology such as drones to monitor security and crime along the borders of both countries.

Home Minister Muhyiddin Yassin (photo) said the Malaysia-Indonesia border agreement which will be renewed next year will lean towards the use of technology to monitor border security to resolve border issues for the benefit of both nations.

“The memorandum of understanding on border crossing agreement and border trade agreement is being finalised and will be signed next year,” he told reporters in Jakarta yesterday.

Muhyiddin is on a two-day working visit to Indonesia.

He met with Indonesia’s Manpower Minister, Ida Fauziya, and Minister of Law and Human Rights, Yasonna Laoly, to discuss issues of common interest.

On his meeting with Yasonna, Muhyiddin said Indonesia agreed to implement the use of drones and technology in monitoring and enforcement along the borders of both countries.

He said Malaysia and Indonesia will continue to work closely to resolve issues like smuggling, drug trafficking, human trafficking, and cross-border crimes.

“The border (land) between Malaysia and Indonesia (such as in Sabah and Sarawak, and in Kalimantan) is more than 1,000km, and of course it is difficult to monitor and needs the use of technology,” he said.

On his meeting with Ida Fauziyah, Muhyiddin said among the issues which arose was that of workers who enter the country illegally.

“Malaysia and Indonesia are united in this, the issue of illegal immigrants must be resolved together and seriously,” he said.

Muhyiddin added that Malaysia and Indonesia were also looking at implementing an exchange programme of prisoners between both countries.

He said this matter was brought up by Indonesian President Joko Widodo (Jokowi) at a recent meeting with Prime Minister Dr Mahathir Mohamad.

“The exchange of Malaysian and Indonesian prisoners was brought up by President Jokowi through a prison management programme for both countries,” Muhyiddin said.

A prisoner exchange programme will see prisoners of both countries being sent back to their own countries to serve their sentences.

Muhyiddin said in his meeting with Yasonna Laoly, Indonesia was willing to implement the programme but certain legal matters had to be resolved.

“(Indonesia) does not have any law yet to implement the programme, and ministry officials will work out the proposal,” he said.

There are currently 300 Malaysians in Indonesian prisons, while more than 5,000 Indonesians are serving time in Malaysia.