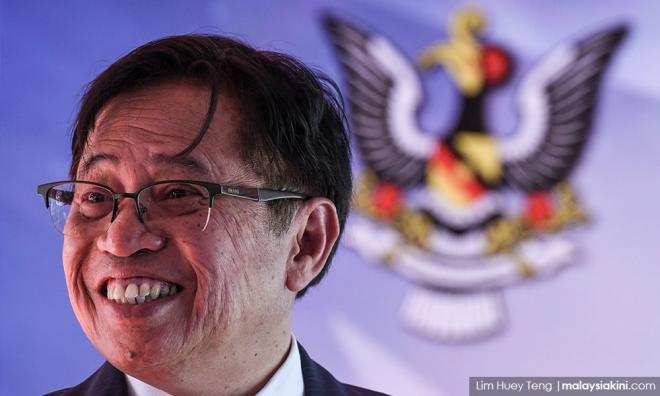 The Sarawak government will only reveal its stand on the federal government’s plan to offer Petronas stakes to the oil and gas-producing state once they have the details on the offer.

State Chief Minister Abang Johari Tun Openg (photo) today said that he needs to know the terms and conditions of the offer before he could elaborate on the matter.

“We have to know first what are the terms (of the offer) but we have received nothing on the details. Just offer like that and there is no terms, so I can’t say anything yet,” he told reporters after launching a charity campaign at his office today.

He confirmed that he will be meeting with Prime Minister Mahathir Mohamad and Sabah Chief Minister Mohd Shafie Apdal in Putrajaya on Monday.

“But I don’t know (what is to be expected from the meeting). Only during the meeting then I’ll know. (The meeting is just) a normal meeting, you know, between three persons, the Sabah chief minister, Sarawak chief minister and the prime minister,” he said.

Last Tuesday, Mahathir was reported to have said that the government is considering selling stakes in energy giant Petronas to states where the company’s oil and gas fields are located in a bid to raise funds.

The prime minister said such a move may also give states such as Sarawak and Sabah a say in the running of Petronas -- the world’s third-largest exporter of liquefied natural gas.

“It’s fully owned by the government, it’s up to the government to sell the shares privately to states like Sabah and Sarawak,” he said in an interview by Reuters.- Bernama