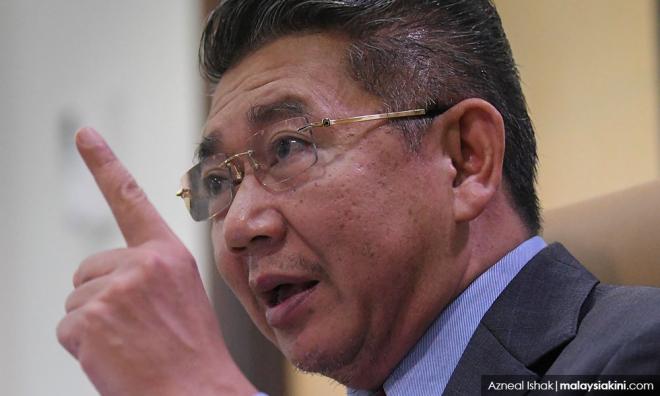 Malaysia has jumped to the 28th rung in Global Food Security Index (GFSI) this year compared to the 48th position in 2018.

Agriculture and Agro-based Industry Minister Salahuddin Ayub (photo, above) said the achievement which was a feather in the nation's cap was due to the commitment of the government in ensuring sufficient food stockpile.

“We also managed to reduce our dependence on imports by encouraging the diversification of crops apart from improving exports in the fruit sector,” he told a media conference after a back-to-school programme for Pulai parliamentary constituency in Johor today.

Touching on other issues, he said the ministry would also be disbursing compensation to farmers and padi growers who suffered losses due to floods in their farms recently after receiving a full report from the officers who had gone to the ground to check the affected areas.

He said apart from that, the ministry had also allocated RM3 million for provide food supply to flood victims in Kelantan and Terengganu.

“If the second phase of flood occurs, the ministry will consider raising the allocation involved,” said Salahuddin who is also Pulai MP.

Earlier, at the programme organised by Nafas, 1,100 pupils received vouchers worth RM200 each to buy back-to-school supplies.