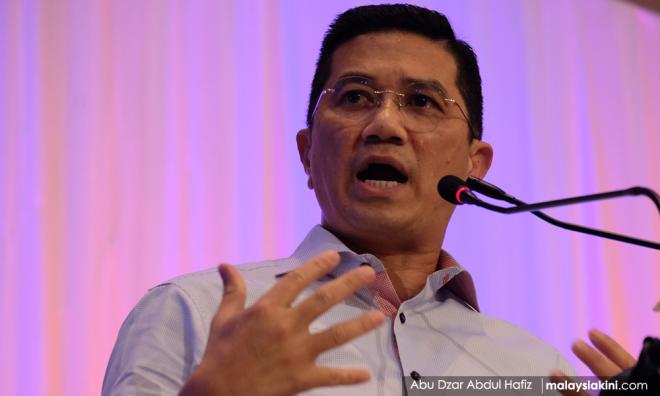 Editor's note: An earlier copy of this report mistakenly wrote that the travel agency's majority shareholder was the mother of Haziq Abdullah Abdul Aziz. This error is regretted.

A new twist has emerged in the lawsuit filed by a travel agency against Economic Affairs Minister Azmin Ali.

In a counterclaim filed by Azmin's lawyers Messrs Daim & Gamani, it is alleged that suit had an ulterior motive, linked to the alleged sex videos between the PKR deputy president and Haziq Abdullah Abdul Aziz.

The filing, which was made yesterday, sighted by Malaysiakini referred to the footage as the "fitnah videos".

According to the counterclaim, Haziq Hassan had been arrested in connection with the police probe into the sex video.

The countersuit said that both Yasmin and Mohd Ayub had enjoyed a "very close relationship" with PKR president Anwar Ibrahim.

"The filing of this suit by the plaintiff (YHA) is not for the vindication of the plaintiff's rights but for some ulterior purpose that is designed to harm the defendant (Azmin)," it said.

"The conspiracy in relation to the 'fitnah videos' was orchestrated by the leader of a political party," it also said.

The countersuit also alleged that YHA's statement of claim had been leaked to Sarawak Report, who could not have been privy to the filing, thus supporting the claim of an ulterior motive.

Azmin is seeking damages, costs and any further relief provided by the court.

In June this year, Haziq Abdul Aziz had claimed that sex videos circulating on social media were of him and a man he claimed was Azmin.

Azmin has denied this, saying it was slander aimed at tarnishing his image.

Police have sent the video to be analysed by a US university after they failed to determine the identities of those in the video.

In July, Inspector-General of Police Abdul Hamid Bador said a political leader was behind the plot, which Azmin cited in his counterclaim.

YHA had sued Azmin last month for the recovery of RM328,901 for unpaid flight tickets and hotel stays.

In his statement of defence, Azmin said he had a 20-year-long friendly business relationship with the travel agency, which gave him "considerable latitude in settling any outstanding sum" and that the suit had breached their "understanding".

Azmin admitted liability to the sum owed by himself and his children under the age of 20, which according to him amounted to only RM162,272.

However, he said his children who are older than 20 will have to pay for the sum owed themselves.

Similarly, Azmin said he is also not liable for any sum due under the Economic Affairs Ministry's account.