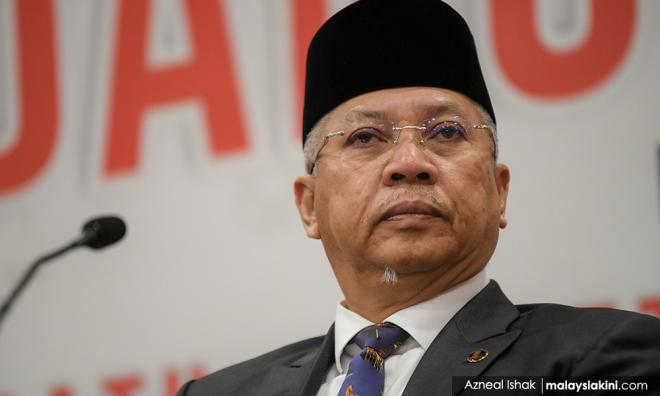 The Umno leadership views the issue of former party vice-president Hishammuddin Hussein facing disciplinary action for meeting with a Pakatan Harapan faction as resolved, according to party secretary-general Annuar Musa.

He said the matter was settled after Hishammuddin met and explained the issue to party president Ahmad Zahid Hamidi.

"The party president met Hishammuddin. He got an explanation and he mentioned this during his winding up of the debate at the Umno general assembly (on Dec 7)," Annuar was quoted as saying by Sinar Harian.

Annuar went on to say that the party leadership did not interfere with any disciplinary action initiated by its disciplinary board headed by Mohamed Apandi Ali, the former attorney-general.

"(However), the matter (involving Hishammuddin) has been resolved because he has given an explanation to the party president during the winding-up. However, the letter did not go through me," he said.

The Malay daily said Apandi declined to comment on the matter when contacted.

Annuar was asked to comment about the show-cause letter issued by the party's disciplinary board against Hishammuddin (above) who is the Sembrong MP.

Hishammuddin had been summoned to a hearing by the disciplinary board on Dec 26. In an immediate response, Hishammuddin said he had no qualms about being investigated by the party.

This came amid speculation that Hishammuddin and Azmin Ali were working together to gather enough MPs to ensure Dr Mahathir Mohamad stays on as prime minister to thwart PKR president Anwar Ibrahim's rise to the position.

Hishammuddin denied these allegations against him.

Hishammuddin was accused of violating Articles 20.8 (b), (c) and (f) of the Umno constitution for disobeying party instructions, failing to adhere to party policies and failing to protect the reputation and dignity of the party.

If the Umno disciplinary board hearing goes on and the former minister is found guilty, he risks facing punishments that range from either being given a warning or having his membership rights stripped and being barred from participating in party elections or being expelled from the party.