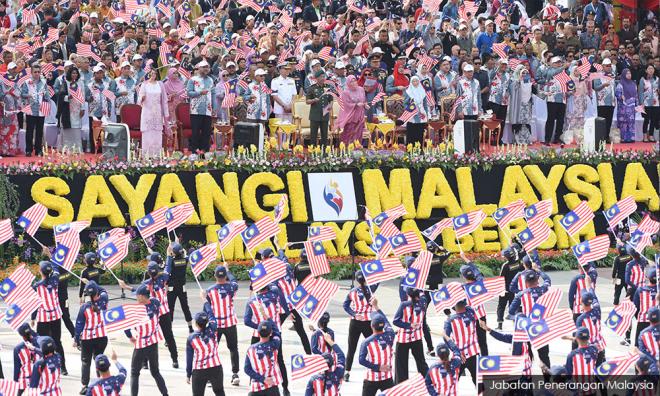 DAP: Take action against those who threaten unity and harmony

DAP’s Central Executive Committee (CEC) has urged the authorities to take action against those who threaten national unity and racial and religious harmony.

In a statement today, it condemned the opposition’s use of “racist and extremist politics” in pursuit of political power.

Contending that non-Muslims and non-Malays had become targets of such tactics, the party cited several recent examples.

“Using a formula of hate and lies, (this) has led to the opposition calling for the end of funding for vernacular schools with some even calling for (them) to be closed down.

“(They have also called on the people to) boycott non-Muslim products and businesses; bar non-Muslims from becoming cabinet ministers; dispossess Indians and Chinese (from) their right to vote; show outright contempt for the religious practices of non-Muslims; and spread vicious lies against non-Muslims, (saying) that this is justifiable just because they are non-Muslims.

“The mainstream media controlled by BN and MCA have downplayed such dangerous, divisive and destructive remarks,” it said, not naming any media outlets.

Earlier this year, NGO Ummah ran a “Buy Muslim First” campaign but denied it was a boycott of goods or service made and sold by non-Muslims.

Meanwhile, one of the demands made during the Malay Dignity Congress in September was for cabinet and government positions to be exclusively filled by Malay-Muslims.

Umno Youth leader Wan Muhammad Azri Wan Deris, known online by his moniker "Papagomo", then ignited controversy last month when he called for the voting rights of non-Malays to be revoked. He later clarified that his statement was aimed at those from the “enemy” DAP.

In response to such incidents, DAP said it wanted “decisive action”.

“DAP urges the authorities not to be complacent but to act decisively in the interests of national unity, racial and religious harmony,” the Pakatan Harapan component party said.

The statement, issued to mark CEC’s final meeting of the year, added that it had resolved that addressing “important national issues” ought to be the Harapan government’s focus.

This includes improving the standard of living, education, employment and healthcare.

It also called for a commitment by the coalition to fulfil the promises made in its election manifesto.

“Promises made must be kept to build trust amongst the rakyat for the government and to successfully repel and reject those who use racist and religious extremism to divide the country.

“Further, the people must be able to see that power is exercised not to gain positions but for the benefit of the rakyat [...]

“Harapan must also govern from the centre to represent all Malaysians regardless of religion, race and geography,” it said.