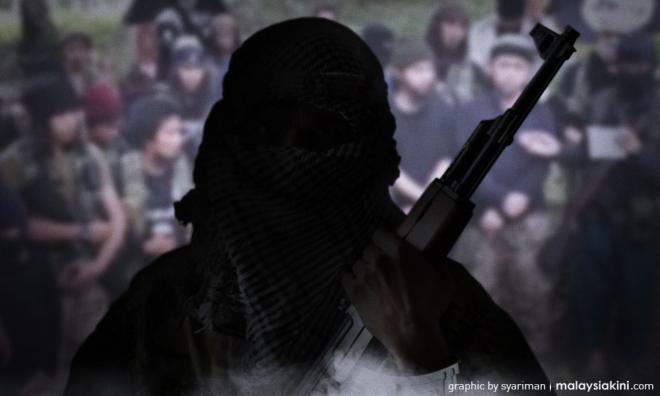 Two charged with going to Syria with intent to commit terror

Two suspected Daesh members who returned to the country last month after being expelled from Syria were charged in separate Sessions Courts in Sepang today with travelling abroad with the intention to commit terrorism.

Ahmad Naim Zaid, 34, and Mohd Azmer Ramlan, 40, were charged under Section 130JA of the Penal Code.

They face a jail term of up to 30 years and a fine if convicted.

In the court before judge Tengku Shahrizam Tuan Lah, Ahmad Naim, was charged with travelling from Malaysia with the intention to commit terrorism in Syria. He allegedly committed the offence at the Kuala Lumpur International Airport (KLIA) on March 11, 2015.

Tengku Shahrizam then set Jan 20 for mention pending reports from the Immigration Department and airline companies as well as banking statements of the accused.

In the court before judge Saifulakmal Mohd Said, Mohd Azmer was charged with committing the same offence at the same place on July 3, 2014. The court set Jan 10 for mention pending similar reports.

The prosecution for both cases was conducted by deputy public prosecutor Low Qin Hui.

No plea was recorded from the two accused, who were seen to be calm.

Saifulakmal also denied a bail application by Mohd Azmer's lawyer, Hamdan Hamzah. When applying for the bail, Hamdan also read out a letter written by his client to his father in Malaysia earlier this year while in detention in Syria.

In the letter, Mohd Azmer expressed his desire to return to Malaysia and said he was married to a Kurdish woman and they have an 18-month-old son. His wife and son are now in a Syrian refugee camp.

It is understood that the two men were arrested shortly after arriving at KLIA on Nov 22 by the Counter-Terrorism Division, Bukit Aman Special Branch under the Security Offences (Special Measures) Act 2012 (Sosma)