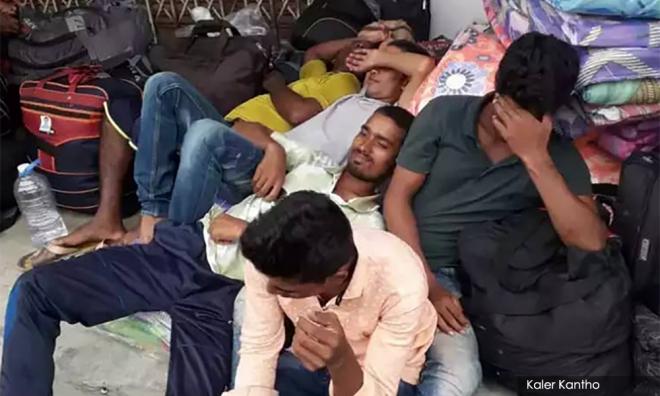 Migrant workers continue to be denied their civic freedoms in Malaysia

COMMENT | A year ago, the Global Compact for Safe, Orderly and Regular Migration, a global agreement was formally endorsed at the UN General Assembly. The agreement affirms that migrants are entitled to civic freedoms, and that these must be respected, protected and fulfilled at all times.

Civic freedoms are the universally-accepted rights which allow us to express ourselves, to organise, to participate and to communicate with one another freely and without hindrance. They are centred on the freedoms of expression, association and peaceful assembly: freedoms guaranteed in Article 10 of the Malaysian Constitution as well as international human rights law and standards.

For some of us Malaysians, these hard-won freedoms are taken for granted or are seen as not essential in our daily lives. However, these are the freedoms that allow us to have a say in the decisions that affect our lives – and for the over two million migrant workers living and working in this country, who often end up in what are considered ‘dirty, dangerous and difficult’ jobs, these freedoms are crucial.

These freedoms safeguard other rights, enabling workers to speak up and organise when they face abuses, which is particularly relevant, given that the UN special rapporteur on extreme poverty and human rights recently reported that migrant workers in Malaysia face ‘exploitation by a confluence of unscrupulous recruitment agents and employers and a lack of enforcement of labour protections.’ They offer protection against discrimination, marginalisation and scapegoating, and can ultimately facilitate migrant workers to achieve decent work standards.

The research undertaken by Civicus, Solidarity Centre, North South Initiative and migrant movements uncovered serious challenges for migrant workers in exercising their fundamental freedoms. At least 79 percent of migrant workers do not feel confident to speak up or call on the authorities to meet their needs, owing to a lack of access to information, fear of being fired, detained or deported, and harassment or intimidation. In some cases, such as when their employer holds their passports, speaking up is simply not an option.

And even when they do speak up, 92 percent of the migrants said that they are often ignored, and that the government rarely consults or listens to them.

Migrant workers face significant barriers in exercising their right to peaceful assembly. This is a freedom guaranteed to all of us under international human rights law but restricted in Malaysia under the 2012 Peaceful Assembly Act (PAA) for foreigners, including migrant workers.

When migrant workers have had no choice but to protest against the exploitation and abuse they face, 85 percent said they do not feel safe and worry about being fired, perhaps without payment for work already done, or even detained or deported.

Our research also showed that migrant workers in Malaysia face various restrictions in exercising their freedom of association. While about a third of migrant workers we spoke to have formed informal organisations to collectively support themselves, the law prohibits unregistered groups, so many do not feel safe or confident in doing so.

Three quarters of the migrant workers interviewed say they haven’t organised themselves because of intimidation and pressure from their employers, and that they are often coerced by agents or their employers not to join unions. In some cases, migrant workers told us that their working contracts or the constitutions of certain trade unions deny their participation.

Over three quarters of migrant workers said they wanted to mobilise and exercise their fundamental freedoms primarily because of their social and economic needs. Almost as many – 73 percent – said it was to counter the racism or xenophobia that many of them face on a daily basis.

Part of the reason for the negative perception of migrant workers is the securitisation of labour migration. The Malaysian government has long labelled migrants as a security threat, using this as an excuse to impose regulations and laws that deny them their civic freedoms.

This rhetoric engenders fear and reluctance among migrants in seeking the right to redress when they face abuses and has enabled employers and agents to take advantage of their vulnerability to exploit them even further. Far from strengthening security, trafficking and smuggling thrive because of these repressive laws.

International human rights law does not limit civil and political rights to citizens. Governments, including that of Malaysia, have international obligations to deliver on this, most recently when they signed the Global Compact a year ago. As we celebrate International Migrants Day today, it is time we speak up for the civic freedoms of migrant workers.

We must call on the Malaysian authorities to remove the various barriers and restrictions in law and practice for migrant workers to exercise their civic freedoms in accordance with the International Labour Organisation (ILO) standards and other international human rights laws and standards. We must also put a stop to clauses in bilateral and multilateral agreements that deny migrant workers their civic freedoms. The upcoming deal with Bangladesh offers us an opportunity to put this into practice.

The government must also ratify and respect the ICCPR; UN Migration Convention and ILO conventions No 87 and 98 on freedom of association, right to organise and collective bargaining, and No. 189 on domestic workers. Ratifying ILO convention No 190 on violence and harassment at the workplace would also create an enabling environment for civic freedoms, especially for women migrant workers. Restricting fundamental freedoms will undermine efforts to achieve the decent work agenda.

The cabinet must immediately release the findings by the Independent Committee on the Management of Foreign Workers, which was established in 2018, so that the public is aware of the policy decisions that have been recommended, including on civic freedoms.

Migrant workers should be informed about their rights and freedoms when they arrive in this country and authorities must send a strong message that hate speech, racism and xenophobia against migrant workers will not be tolerated.

Trade unions need to step up to support the participation and engagement of migrant workers and help them make demands to the state and employers. Unions should allow migrant workers to join as members and to take up leadership positions without discrimination. Employers also have duty to ensure that migrant workers and refugees are not retaliated against in the workplace for exercising the civic freedoms.

Our research show that migrant workers want to want to access their civic freedoms and participate in Malaysian society and do not want to remain on the margin. They want to have a say in the policies that impact on their communities and workplaces.

However, the ability of migrant workers to exercise their civic freedoms requires a comprehensive and holistic approach to civil rights policies and the labour market. It requires policy coherence that recognises that migrant workers must be integrated not only in the economic and social arena, but also in the political sphere of the countries in which they live.