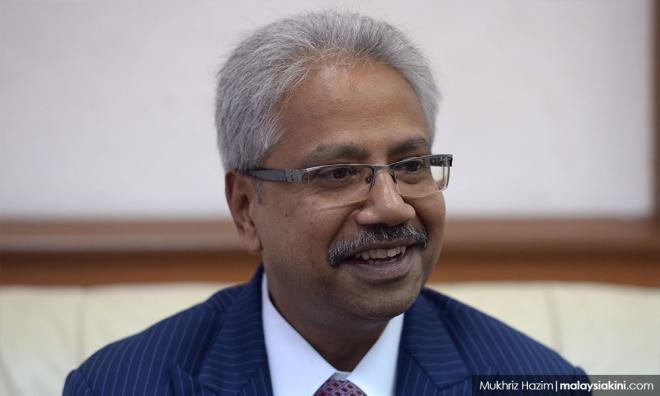 Minister in the Prime Minister Department P Waythamoorthy believes that freedom of expression is vital to ensure Malaysia's growth as a nation.

Responding to the issues related to a dialogue to discuss the arrests of those linked to the Liberation Tigers of Tamil Eelam (LTTE) and the use of the Security Offences (Special Measures) Act 2012, the senator said he agreed with DAP lawmaker Charles Santiago that societies progressed based on open discussions and an inclusive democratic process.

The minister, who oversees national unity, also expressed disappointment with the police for questioning Suaram over the event.

“This act doesn’t augur well with the government's stand on freedom of expression.

“The Pakatan Harapan government has always been supportive of the need to allow discussions based on understanding rather than tolerance.

“I believe that by acknowledging others' right to express opinions, Malaysians would be in a better position to truly understand each other and in the process, strengthen national unity,” he added in a statement this afternoon.

Waythamoorty said laws and policies which instil fear or deter civil society from speaking up cannot be justified in "new Malaysia".

Furthermore, he pointed out, these discussions were not an alien concept in Malaysia at present and cited the Malay Dignity Congress and the planned Dong Jiong Zong meeting as examples.

“The recent lifting of the ban on the book published by the G25 group is a clear indication that the government intends to continue promoting a more harmonious society which respects the variety of views and opinions about fundamental issues,” he added.

The minister said this would allow for more intellectual discussions, which would, in turn, help ideas grow and be improved from time to time.

Therefore, Waythamoorthy hoped the police would embrace the openness of the new administration and not return to the practices under BN.

He was also optimistic that Malaysians would continue to demonstrate high levels of maturity and prove that they believed in freedom of expression and mutual respect as a means to strengthen society.