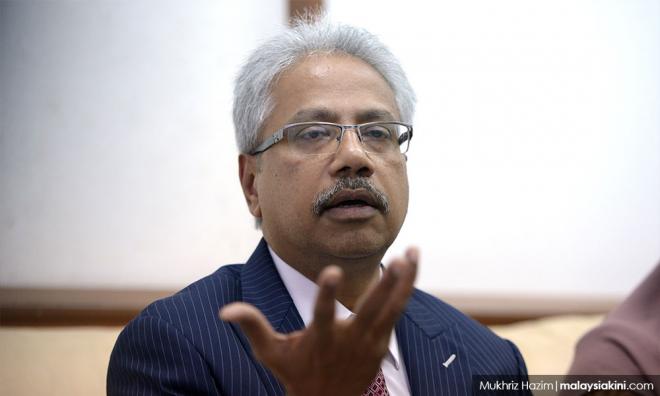 "I would like to express my deepest disappointment with the allegations made by Wan Hashim claiming that communist elements have infiltrated the government, alleging that many recent controversial incidents, like the return of Chin Peng’s ashes, were all planned by the government," said Waythamoorthy (above) in a statement today.

"The allegations (made at the opposition party's AGM over the weekend and) published in media reports recently also accused the government of facilitating a proxy war by allowing communism to enter political parties and government agencies.

"These allegations are clear efforts to instigate hatred and fear amongst the people towards the ruling government," he added.

Terming the claims baseless, Waythamoorthy called on the IGP to view the matter seriously and to take immediate action against Wan Hashim.

"In the era of a New Malaysia, it baffles me how some still resort to scare tactics which includes inciting hatred towards democratically elected leaders and the government.

"The deliberate act of causing alarm is not justifiable.

"Malaysians, especially political leaders must be made responsible for their actions of causing disharmony within the nation," said Waythamoorth, who earlier this morning received an apology in open court from Jaringan Melayu Malaysia president Azwanddin Hamzah for defamatory statements made during a rally last year.

Waythamoorthy was also awarded RM90,000 in compensation in the settlement.