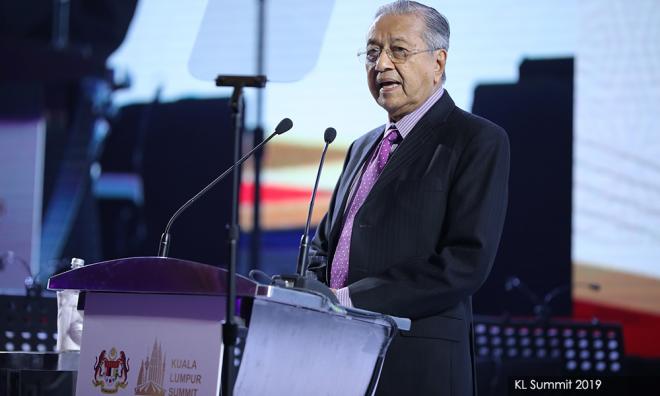 India has rebuked Malaysian Prime Minister Dr Mahathir Mohamad for his comments on the republic's new citizenship law that critics argue was discriminatory against Muslims.

"According to media reports, the prime minister of Malaysia has yet again remarked on a matter that is entirely internal to India.

"We call upon Malaysia to refrain from commenting on internal developments in India, especially without a right understanding of the facts," India's Ministry of External Affairs said in a statement yesterday.

Mahathir, speaking to the media on the sidelines of the Kuala Lumpur Summit 2019 yesterday, had questioned the new citizenship law in India and said New Delhi was depriving Muslims of citizenship.

"The Citizenship Amendment Act provides for citizenship through naturalisation to be fast-tracked for non-citizens who are persecuted minorities from three countries.

"The act does not impact in any manner on the status of any citizen of India or deprive any Indian of any faith of her or his citizenship.

"Therefore, the prime minister of Malaysia’s comment is factually inaccurate," it said.

India's new legislation makes it easier for undocumented non-Muslim migrants who are minorities in Afghanistan, Bangladesh and Pakistan who settled in India before 2015 to secure Indian citizenship but critics argue that the exclusion of Muslims is discriminatory.

New Delhi is also proposing a nationwide register of citizens and the final list published in August for the north-eastern multiethnic state of Assam left 1.9 million people stateless. However, they can still go through a lengthy appeals process.

The Indian government said the move is necessary to weed out undocumented Bangladeshi migrants.