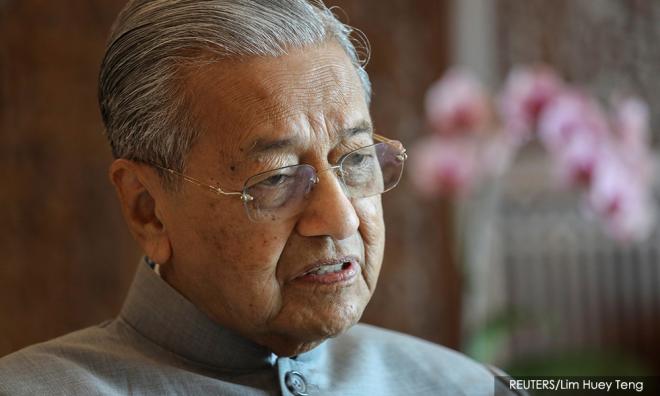 Who is advising the PM on Malaysia’s foreign affairs?

ADUN SPEAKS | Prime Minister Dr Mahathir Mohamad’s comment on the Indian Citizenship (Amendment) Act 2019 raises the question of who is really advising the nonagenarian prime minister on our foreign affairs.

Mahathir’s comment yesterday that, “India’s Citizenship (Amendment) Act 2019 is depriving the citizenship of Muslims” definitely will not help the bilateral relationship between the two countries.

The prime minister’s comment certainly angered New Delhi which retorted that Malaysia should refrain from commenting on India’s internal development.

India pointed out also how the prime minister’s comment was factually inaccurate. This does not look good on a leader of Mahathir’s stature.

Was the prime minister ill-informed by Wisma Putra on the development?

Or is someone else playing the role of Wisma Putra in advising the prime minister on our relationship with India?

This is not the first time that Mahathir said something which was pointed out as inaccurate by India.

India is not just our important trade partner but has been our traditional ally for decades.

The Malaysia-India relationship dates back to thousands of years, from the earliest recorded bilateral relationship between Kedah and the Chola Kingdom rulers.

Hence, preserving our relationship with India is important, not only for trade and economic ties but also for strategic reasons.

But in recent months, the bilateral relationship is deteriorating mainly due to the Malaysian prime minister’s harsh comments towards India.

Looking at recent developments, one cannot help but wonder if the Malaysian High Commission in New Delhi is really functioning.

The Citizenship (Amendment) Act 2019 that was passed by both the Lower and Upper houses of the Indian parliament is not meant to deprive the citizenship of Muslims in India but to provide a path of citizenship for oppressed religious minorities entering India from three neighbouring countries namely Pakistan, Afghanistan and Bangladesh.

The religious minorities specified in the act are Hindus, Sikhs, Buddhists, Jains, Parsis and Christians.

Those who oppose the act are saying it is discriminatory to exclude Muslims.

But, the Indian government argues that it could not include Muslims in the act when they are the majority in those three countries.

The act was specifically drafted for oppressed minorities, not the majorities. It is also to stem the influx of economical immigrants into India.

The protests against the bill started in the northeastern Indian state of Assam, which was embroiled in trouble over an influx of immigrants from Bangladesh.

The Assamese people were protesting the influx claiming their economic opportunities were grabbed by the economic immigrants.

Assamese people saw the bill as an attempt to legalise illegal immigrants into their state. Hence, the protests started.

However, later, opposition parties started attacking the bill as a move to undermine the secular constitution of India even though the bill just addresses the issue of minorities in neighbouring countries.

The opposition in India is using it to weaken the ruling BJP Alliance government which won 356 seats, shy of six seats for a super-majority in the Lok Sabha (lower house of the Indian parliament) election last year. (The number decreased to 338 in November, due to the Shiv Sena party quitting the alliance).

It is the opposition’s nature to politicise and oppose anything that a government proposes; that’s the norm in most Asian democracies. Do we need to get ourselves tangled in such politics?

Mahathir’s earlier comment on Kashmir resulted in the call for a boycott of Malaysian palm oil by Indian businesses and trade organisations.

We are not sure what kind of effects his latest comments it will leave on Malaysia-India relations.

As one of the eldest statesperson of the region, of course, Mahathir can comment on any issue.

But it has to be factually correct to reflect the prime minister’s stature.

Wisma Putra, in particular, the Malaysian High Commission in New Delhi, should be advising the prime minister promptly in order to avoid a conflict with a friendly nation.

Looking at Mahathir’s latest comments, it’s obvious that the views are almost or entirely similar to Pakistan's and does not reflect the real situation on the ground in India.

Wisma Putra and Malaysian High Commission in New Delhi should play a major role in bridging the gap between Malaysia and India.

Is it worth straining our traditional, historical relationship with one of the largest and fastest-growing Asian economies for a “friend” who abandons you following a little pressure?