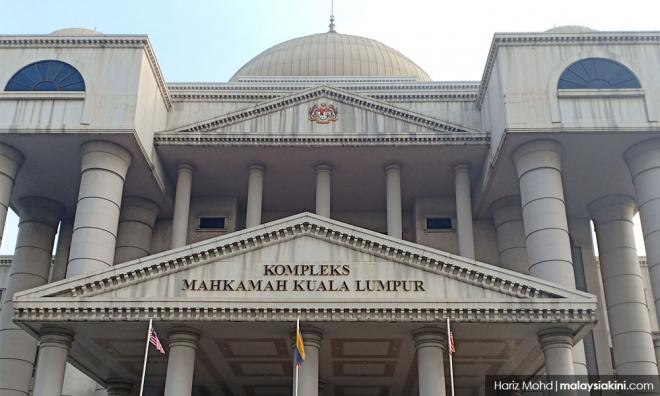 The case of six men charged with giving support to the Liberation Tigers of Tamil Eelam (LTTE) terrorist group via their Facebook accounts, has been transferred to the High Court in Kuala Lumpur.

Sessions Court judge Azura Alwi made the decision after allowing an application by the prosecution, represented by deputy public prosecutors Mohd Firdaus Abu Hanipah and Aliff Asraf Anuar Shahruddin, to have the case transferred to the High Court during the mention of the case today.

The application was made under Section 177A(1) of the Criminal Procedure Code.

On the issue of bail raised by the lawyers, the judge said it must be submitted to the High Court.

On Oct 31, the six men were charged at the Sessions Court in Kuala Lumpur with supporting the LTTE by using their respective Facebook applications under the name "Ariventhan Subramaniam", "Tamilarasan Sivam", "Pumugan Tamilan", "Chandru Suparmaniam", "Elilan Elilan" and "Balamurugan Veerasamy".

They allegedly committed the offences at the Bukit Aman Special Branch Investigations Division E8 (M) Counter-Terrorism Office here between 9am and 3pm, on Jan 11 and Oct 11, 2019.

The charge under Section 130J(1)(a) of the Penal Code provides for a life sentence or a maximum 30 years' jail or a fine and forfeiture of any asset used or intended to be used to commit the offence.

On Oct 29, all of them were charged separately in Sessions Courts in several states, with providing support and possessing items related to the LTTE.

Their pleas were not recorded as they were detained under the Security Offences (Special Measures) Act 2012 (Sosma) and cases under Sosma are tried at the High Court.

Their pleas will be recorded in the High Court later.