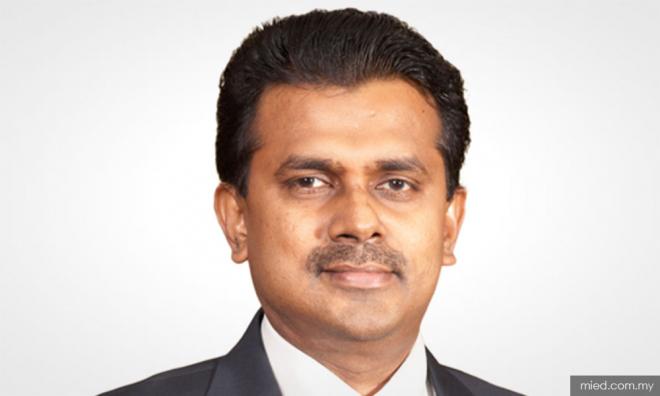 MIC: It was Ramasamy who provoked Cameron Highlands' farms demolition

He said it was Ramasamy's "instigation and power craze" that led to the current situation.

Referring directly to Ramasamy's comment piece in Malaysiakini — BN’s treachery cause of demolition of farms in Cameron Highlands — Asojan said Ramasamy's accusations were nothing but a "bald-faced blatant lie".

"The article directly depicts MIC deceived the farmers to withdraw the interim injunction they had obtained earlier against the Pahang government’s evacuation orders by convincing the farmers that MIC would ensure an amicable solution to their woes," said Asojan (photo) in a statement today.

He demanded that Ramasamy withdraw his allegations against MIC immediately without reservation, failing which the party would file a defamation suit against him.

Tanah Rata assemblyperson Chiong Yoke Kong estimated that 300 acres of farms and land would have been cleared in yesterday's operation at Sungai Ichat, Kuala Terla.

He called on the state government to work on relocating the farmers before resorting to enforcement.

Asojan said it was Ramasamy's political gimmick to ignite the blame game for his fame and political mileage.

"The truth is it’s your instigation and power craze that resulted in today’s debacle of the farmers, Ramasamy."

Asojan claimed that during the Cameron Highlands by-election campaign in January, Pakatan Harapan leaders, particularly from DAP, had promised that the federal government would protect the farmers.

"You (Ramasamy) are the one who instigated the farmers to pursue legal action against the state government, while MIC was striving for a ‘win-win’ solution to assist the farmers."

He asked Ramasamy to deny that Harapan had made this promise repeatedly.

"After connivingly instigating and successfully igniting the farmers' hatred against the state government, all the Harapan and DAP leaders went missing from Cameron Highlands," claimed Asojan.

"Even today, while the farmers are facing the misery, and MIC is standing firm on the ground with them," he added.

"DAP leaders, including Ramasamy, are busy doing what they are best at — live videos and political statements."