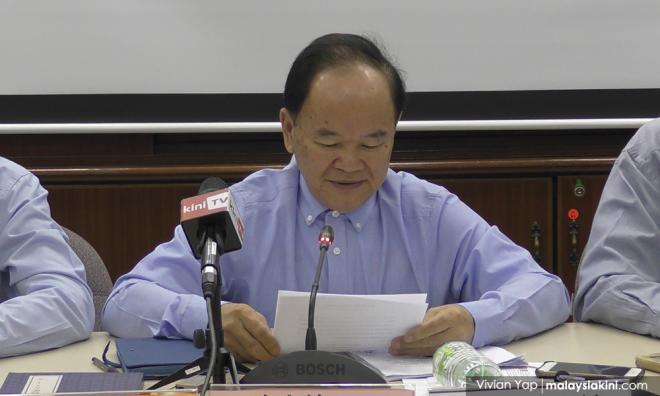 Chinese congress organisers will co-operate with police to ensure safety

Chinese educationist group Dong Jiao Zong will cooperate with the police to ensure the safety of the upcoming Chinese Organisations Joint Conference on Saturday.

This is after several Malay NGOs lodged a police report against the congress yesterday, and threatened to disrupt the proceedings at the New Era College in Kajang.

“We have communicated with the police, and our working team is also well prepared,” said Dong Zong president Tan Tai Kim (photo) in a press conference today.

Saturday’s congress is expected to attract Chinese NGOs from all over the country to discuss the introduction of Jawi script lessons in vernacular schools.

According to Tan, around 1,000 delegates are expected to attend the congress, including representatives from school boards, parent-teachers associations, and alumni associations.

The congress organisers also invited some representatives from Malay and Indian communities to express their views.

Tan said that among others, the former Minister in the Prime Minister's Department Zaid Ibrahim, UCSI Professor Tajuddin Rasdi, K Arumugam from Tamil Foundation, and a Sabah representative from the G25 group were invited.

“Dong Jiao Zong hopes to collect the opinions from all parties, and inform the government of our stance to include school boards as one of the decision-makers on this matter (Jawi script),” he said.

Tan also urged all the attendees to take public transport to the venue, and depart earlier to prevent any inconvenience to the meeting.

"The roads (nearby the venue) are quite narrow, and there will be traffic congestion. "

"[...] I hope the participants will express their views in a rational way."

He reiterated that no banners, placards, or any other provoking materials are allowed into the meeting hall.

No political party is invited to the congress, he added.

Jiao Zong chairman Ong Chiow Chuen (below), who was also present in the press conference, stressed that the gathering has got nothing to do with racial issues, but is held to discuss the Jawi script lesson issue as well as the sovereignty of school boards.

When asked if Dong Zong will have a dialogue with PAS, as requested by the latter, Tan said he will only plan for it after the congress.

PAS secretary-general Takiyuddin Hassan released a statement this morning saying that his party is willing to meet and discuss with Dong Jiao Zong and MCA if it can help settle the dispute over the use of Jawi in vernacular schools.

Earlier today, Sin Chew Daily reported that several Dong Zong top leaders went to the Registrar of Society (ROS) after being summoned to explain the details of the congress.

According to the report, Tan said the authorities were friendly and just wanted to know about the basic details of the congress, such as the venue and the number of attendees.

It also reported him as believing the congress could proceed smoothly as long as it doesn't breach ROS laws.

He added that the ROS understands the congress will not bring up any racial matters and held a positive attitude towards it.