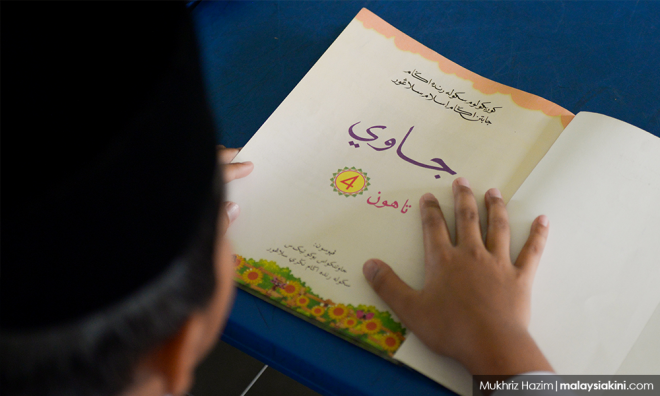 Cancel your conference or we'll be there - Agra tells Dong Zong

NGO Angkatan Gerak Minda Malaysia (Agra) has issued an ultimatum in calling for Chinese education group Dong Zong to cancel its conference on Saturday, which will discuss the introduction of Jawi in vernacular schools.

Agra in a memorandum shared with the media tonight said it did not want Dong Zong to be considered "traitor".

"Agra wished to advise Dong Zong to cancel the congress objecting to Jawi immediately because we don't want Dong Zong to be considered traitor," it said.

Agra added that the group should hark back to history and realise it only exists because of tolerance among the races.

It said that it would be having a rally with other like-minded NGOs to press Dong Zong to cancel the event. The memorandum was supported by Perkasa, and Gabungan Pelajar Melayu Semenanjung (GPMS).

Agra said that if the congress to be held at the New Era college in Kajang isn't called off, then they will be attending the event themselves.

"Dong Zong must welcome Agra's attendance to be with Dong Zong in a dialogue so that there is no element of treachery," it said.

Alternatively, if the event is called off, Agra said it would host a dialogue or forum with Dong Zong and other national education groups to discuss the Jawi issue so that any disagreements can be solved through rational discussion in the spirit of tolerance and unity.

Dong Zong, together with sister group Jiao Zong, expect 1,000 people to Saturday's event and it has engaged the police to ensure everything goes smoothly.

Earlier today, PAS secretary-general Takiyuddin Hassan said his party is willing to meet and discuss with all quarters, including Dong Jiao Zong and MCA, if it can help on the dispute over the use of Jawi in vernacular schools.

Chinese congress organisers will co-operate with police to ensure safety
26 Dec 2019
Gamis: Do not allow repeat of May 13 because of Dong Zong
26 Dec 2019
Abim's dialogue with Dong Zong must be encouraged
26 Dec 2019
Dong Zong clarifies Dec 28 event not rally, only discussion on Jawi
24 Dec 2019