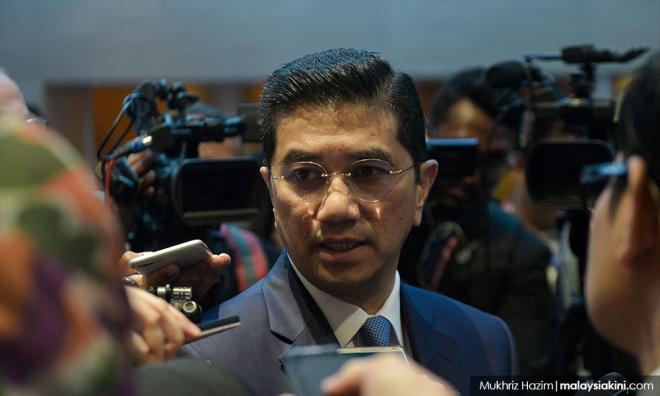 Economic Affairs Minister Mohamed Azmin Ali said he has no qualms if the allowances of ministers' were slashed.

"If there is a need to cut, then cut. It is not a problem," he told a press conference this morning after a visit to several houses at Bukit Antarabangsa which have been hit by soil erosion.

He said this after ministers were targeted for their allowances following the Public Service Department's announcement that it would be cutting critical allowances for certain new recruits to the civil service, including doctors and nurses.

The move has since been postponed.

The proposed cut was aimed at controlling costs after the government approved the hiring of 10,675 personnel for public hospitals and clinics.

He said "bitter experiences" in the past few years had impacted the country's economy as well as its people.

"The government today has put its focus on combating corruption and abuse of power and is spending prudently," he said.

"I believe we can return to managing development in a more responsible manner."

Azmin assured that the postponed cut to the critical allowance, which was previously not brought to the cabinet, will now be discussed by the ministers.

"We spend four to five hours every Wednesday to discuss issues such as this.

"We will discuss and a decision will be made at the cabinet meeting," he said.