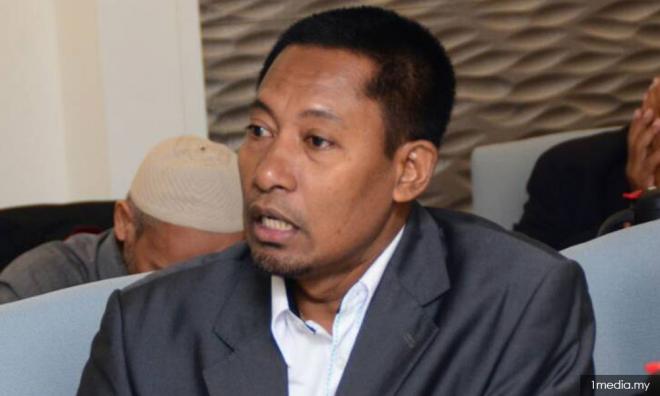 A coalition of Malay-Muslim NGOs has warned "liberal groups" against proceeding with their gathering in Petaling Jaya tomorrow opposing the government's implementation of Jawi lessons in the Year Four Bahasa Malaysia syllabus.

The gathering tomorrow is led by Seni Khat Action Team (Sekat), which like Dong Zong, is opposed to the implementation of the three-page Jawi lessons.

The NGOs, represented by Ummah deputy president Mohd Zai Mustafa (above), who is also Majlis Perundingan Melayu chief executive director, vowed they will be organising a counter-congress if Dong Zong does not abandon its objection to Jawi even though its meeting has been cancelled.

A meeting by the Chinese educationist group to discuss the Jawi script issue in Kajang today was aborted after police obtained an injunction against them.

"If Dong Zong continues with its efforts and actions to object Jawi, we will hold a large rally and, based on the current mood, it will be larger than the anti-International Convention on the Elimination of All Forms of Racial Discrimination (Icerd) rally," he told a press conference near Dong Zong's headquarters in Kajang this afternoon.

During the anti-Icerd rally in December last year, organisers estimated a turnout of 500,000 people while police put the figures at 55,000 people.

The Malay NGOs had called off their counter-gathering today after Dong Zong decided to comply with the court injunction. However, a small group of Malay NGO members had shown up outside the Dong Zong headquarters to hold a press conference.

However, police, which had been monitoring the area, instructed the Malay NGO leaders to disperse. They later moved to another area nearby to hold their press conference.

Police had obtained their injunction on the grounds that the Dong Zong gathering could spark unrest, amid threats of counter-gatherings.

Zai revealed that the NGOs, which he claims are made up more than 100 organisations, had convened a meeting yesterday and decided that former inspector-general of police Mohammed Hanif Omar would lead the charge.

He also said they will be convening another meeting today to decide on the next course of action following another gathering by those opposed to the Jawi introduction.

"Tomorrow, liberal NGOs will be organising their objection towards Jawi at the Crystal Crown Hotel in Petaling Jaya.

"So what is wrong for us to respond with our objection to the liberal groups' motive," she said.