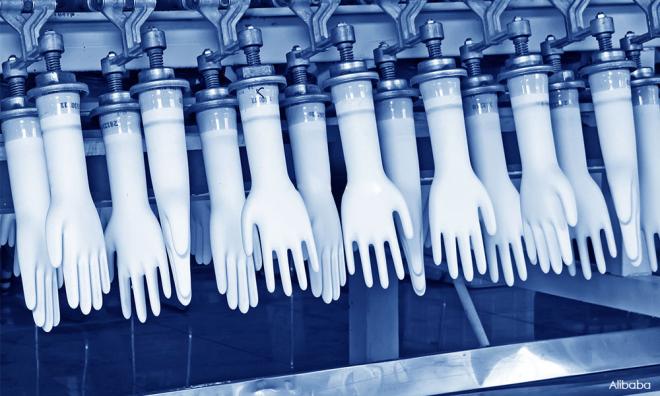 Glove maker WRP Asia has suspended its operations with immediate effect just three months after the US Customs and Border Protection (CBP) agency announced it was banned on suspicion of using forced labour.

In a company-wide circular to its employees and workers, WRP Asia Pacific Sdn Bhd, which has appointed interim liquidators, announced a 'temporary suspension of business operations."

Dated Dec 30, 2019, the circular, which was made available to Malaysiakini, said: "Please take note that due to financial constraints faced by the company, the business operations of the company will be suspended immediately until further notice."

It is credited to interim liquidators Ong Hock An and Mak Chew Yin.

On Oct 1, 2019, the CBP announced that it had issued Withhold Release Orders on five different products imported from five different countries that were suspected of using forced labour.

These included blocking the import of disposable rubber gloves by CBP from WRP Asia Pacific as it believed the company was involved in forced labour.

Last January, WRP Asia made headlines after nearly 2,000 Nepali migrant workers staged a three-day strike claiming that they were not paid three months' worth of wages.

The Labour Department, under the Human Resource Ministry, launched an investigation into the company and found that it had withheld the salaries of its workers, did not pay overtime, had made unfair pay cuts and had wrongful working hours during breaks and public holidays.

WRP Asia has not responded to Malaysiakini's attempts to contact them.