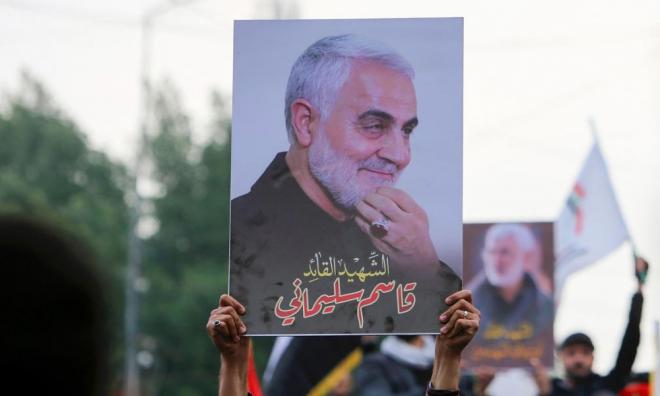 Muslim countries should unite to protect themselves against external threats, Malaysian Prime Minister Mahathir Mohamad said today after describing the US killing of Iranian military commander Qassem Soleimani (above) as immoral.

The world's oldest prime minister, who has in recent months stoked diplomatic tensions by speaking out on issues concerning the Muslim world, also said the US drone attack on Soleimani was against international laws.

Soleimani's killing in Baghdad last Friday has sparked fears of a broader conflict in the Middle East. Mahathir, 94, said it could also lead to an escalation in "what is called terrorism".

"The time is right for Muslim countries to come together," Mahathir told reporters.

"We are no longer safe now. If anybody insults or says something that somebody doesn't like, it is all right for that person from another country to send a drone and perhaps have a shot at me."

About 50 people, including burqa-wearing women, gathered outside the Iranian Embassy in Kuala Lumpur today to shout "Down, Down USA".

Mahathir has tried to maintain good relations with Iran despite US sanctions on the Middle Eastern country. An estimated 10,000 Iranians live in Malaysia.

Last month, Mahathir hosted Iranian President Hassan Rouhani at a conference of Muslim leaders in Malaysia where they discussed boosting business, trading in each other's currencies and keeping up with non-Muslim countries.

Mahathir's recent comments on the treatment of Muslims in India and his criticism of the Saudi Arabia-based Organisation of Islamic Cooperation have soured Malaysia's relations with both New Delhi and Riyadh.

"I speak the truth," Mahathir said. "You do something that is not right, I think I have the right to speak out."