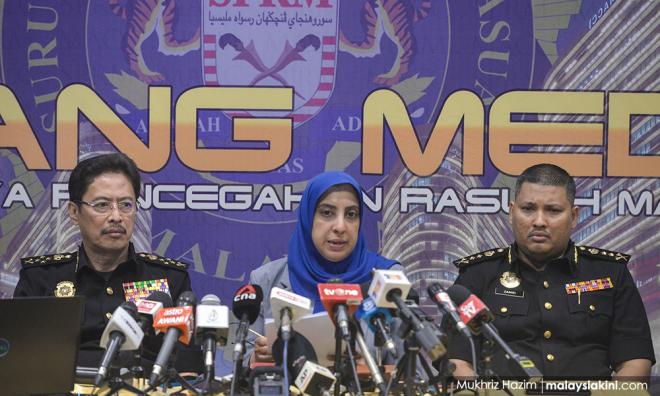 COMMENTS | The recent release of audio recordings by the Malaysian Anti-Corruption Commission (MACC) raises issues on whether or not communications surveillance is carried out with proper accountability and how such surveillance information is handled by the government authorities.

There are several issues of public interest involved in this matter, some of which may conflict with each other. On the one hand, as stated by the MACC chief commissioner, the recordings’ content involves the possible commission of serious offences including abuse of power by those in high office. That is clearly within the scope of the MACC’s mandate and in the interests of accountability and transparency, it is beneficial for the MACC to update the public on such investigations.

However, the manner in which the surveillance was carried out could involve serious breaches of privacy, which is an important human right that should be safeguarded. This right is enshrined in the Universal Declaration of Human Rights and the International Covenant on Civil and Political Rights, and any derogation must be prescribed by law, be necessary to achieve a legitimate aim and be proportionate to the aim pursued.

The MACC has declined to reveal how they obtained the recordings and news reports suggest that they were sent anonymously. It is thus unclear whether or not the surveillance was carried out by the state or provided to the MACC by a whistleblower.

The principles also say that states should enact legislation criminalising illegal communications surveillance by public or private actors, with avenues for redress by those affected, although the law should also recognise and provide for protection for whistleblowers.

Section 116C of the Malaysian Criminal Procedure Code (CPC) allows for the public prosecutor to authorise the police to intercept and record messages or conversations if it is considered that such communication is likely to contain any information relating to the commission of an offence. It also states that any evidence obtained in this manner is admissible in court.

In our view, this section contravenes the international human rights standards set out above and do not contain the requisite safeguards to protect individuals’ right to privacy. The revelation of these recordings by the MACC serves to highlight the unacceptable and very low threshold currently required by the CPC for the police to be authorised to listen in on our conversations and read our messages.

As a public authority tasked with investigating corruption, it is certainly within the MACC’s mandate and duty to keep the public informed about its investigations. Given, however, the possible breaches of privacy in the obtaining of the recordings, the MACC needs to be clearer about its procedural standards for the release of such material.

Even if surveillance material was obtained legally and in line with international human rights standards, given the private nature of such information, government authorities would still require guidelines on how and when such information should be disclosed to the public.

The principles state that only communications that are relevant and material to the serious offence allegedly committed should be retained and other information should be destroyed or returned.

To balance the public interest and the right to privacy, and in the interests of proportionality, it may have been sufficient for the MACC to provide the public with the relevant information in a report or transcript, instead of playing the entire recordings verbatim. This would have avoided the unhealthy, sexist and intrusive speculation and comments regarding the former prime minister and his marriage, which are unrelated to the offences allegedly committed.

CIJ urges the MACC to reveal if the following are in place:

This would serve to reassure Malaysians that surveillance information obtained by government authorities would be handled responsibly and in line with international human rights standards.

In light of these events, CIJ would encourage the government to:

The Centre for Independent Journalism (CIJ) is a non-profit organisation that aspires for a society that is democratic, just and free where all people will enjoy free media and the freedom to express, seek, and impart information. CIJ actively advocates for broader space for expression and views and openness of information in Malaysia.

human rights
security
surveillance
privacy
macc
wiretapping
centre for independent journalism
cij
Related Reports
MACC has handed over parts of audio recordings to police, Latheefa says
a year ago
The Najib tapes: Does the timeline match?
a year ago
MACC audio exposé: Haniff, Kadir and Rais raise concerns
a year ago
Full transcript of phone calls leading up to then AG Apandi clearing Najib
a year ago