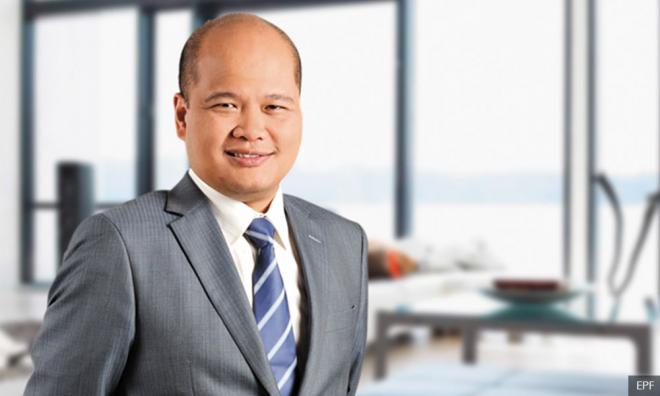 “I have no intention of engaging in a distracting debate and remain focused on working with the government to deliver a solution for our rakyat,” he told Malaysiakini today.

Shahril (above) was responding to a report by Free Malaysia Today earlier today, which quoted Abu Sahid Mohamed claiming that his company had been invited to submit an offer to buy Plus’ assets and was the first to write in with a proposal.

This appeared to be on contrary to Shahril’s earlier statement where he was reported saying that the sovereign wealth fund had never put up Plus’ assets for sale and the offers to buy were “unsolicited” as they were made to the government and not to Plus’ two shareholders.

“They must remember I was invited to quote, to bid. Not like other people who just entered without invitation […]

“Why did Shahril say that? He is a liar. How can they say I was not invited and they knew nothing about us bidding? We wrote to them, we were the first to write to them,” Abu Sahid was quoted as saying.

“We have never issued any invitation to bid for the asset. They were all unsolicited offers,” Shahril reportedly said.

Plus is owned by Khazanah through UEM Group’s 51 percent stake in Plus, while the remaining 49 percent is held by the Employees Provident Fund.

Meanwhile, Abu Sahid reportedly panned the government’s decision not to sell Plus to the private sector, describing the decision as “stupid”.

He supposedly went on to accuse Khazanah of “stealing money” and urged the MACC to investigate.

Earlier today, Prime Minister Dr Mahathir Mohamad told reporters that cabinet has decided that Plus would remain a state asset, after considering all bids from the private sector and reviewing Khazanah’s report.

However, Plus would have to reduce toll charges by 18 percent.

In October, Maju Holdings offered to take over Plus, and reduce tolls by 36 percent, and waive the government’s RM2.7 billion compensation owed to Plus.

Apart from Maju Holdings, other companies that had expressed interest in taking over Plus were the Widad Group Bhd, RRJ Capital (based in Hong Kong) and Karongsa Private Capital Sdn Bhd.

business & finance
plus malaysia
khazanah nasional
shahril ridza ridzuan
maju holdings
abu sahid mohamed
Related Reports
Khazanah: Gov't has been engaging with Plus shareholders
a year ago
Cabinet to discuss Plus takeover bid on Wednesday: Guan Eng
a year ago
Are Khazanah’s arms going to be twisted to sell Plus?
a year ago
Memo on Plus acquisition to be presented to cabinet soon - Baru Bian
a year ago