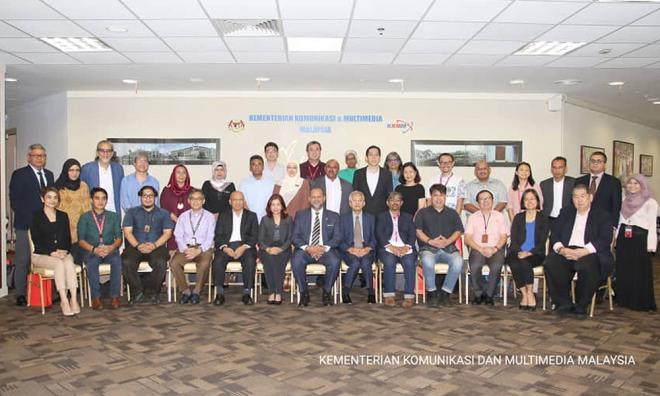 Media Council will only work if PPPA abolished, CIJ reiterates

The Centre of Independent Journalism (CIJ) says it looks forward to working with the pro-tem committee to establish a self-regulatory Malaysian Media Council but stressed that it will only be successful if the Printing Presses and Publications Act 1984 is abolished.

"Previous efforts to set up a media council started decades ago and mainly did not succeed because the government would not abolish the PPPA.

"To have both the PPPA and the media council exist simultaneously would defeat the purpose of having a self-regulatory body to regulate media standards. It would be difficult for the public and the media industry to take the media council seriously if the Home Ministry still had the power to send show-cause letters to the media, summon editors and threaten to revoke licences," it said in a statement today.

CIJ said the media council is intended to improve media standards and ethics by upholding international standards and providing an avenue for arbitration of public complaints.

"It is most useful in doing so when it is a voluntary exercise by the media industry, not mandated by the government.

"The PPPA, on the other hand, is about giving the government control over the media. We have seen it wielded over the years to ensure that the media toes the government line and does not threaten it politically," it said.

The PPPA, it said, has not raised ethical standards and many unethical practices have gone without sanction as long as they were in line with the government's political objectives.

"We welcome the efforts of the government in facilitating the process of the setting up of the media council and in conducting consultations with the media industry, civil society and other stakeholders.

"We hope that the government will sustain and step up its efforts to build a society where the freedom of expression is protected, including by fulfilling its manifesto promises of abolishing the PPPA and other draconian laws," it said.

The committee has two months to address five issues, including the self-regulating body's final function and mandate, its constitution and membership.

Premesh's appointment was earlier agreed to by the stakeholders present during the closed-door consultation session.

Others on the committee include Chamil Wariya and Yong Soo Hong from the Malaysian Press Institute (MPI) and National Press Club chairperson Ahirudin Attan.

Also on board is the media NGO Centre for Independent Journalism as well as various media owners.