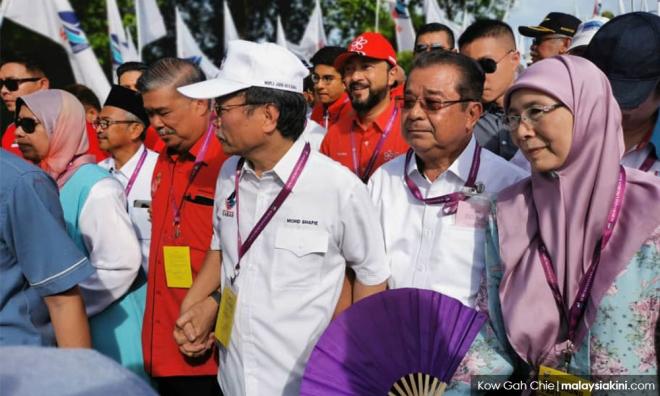 COMMENT | The recent by-election in the Kimanis parliamentary constituency of Sabah represents the fifth victory for BN, after the by-elections in Cameron Highlands, Semenyih, Rantau and Tanjung Piai.

These victories go to show that the BN is consolidating its political position in the country after its disastrous defeat in the last general election.

Kimanis or Kimani might not be a term indigenous to Sabah. Apparently, it is a word derived from the Kikuyu tribal language in Kenya, Africa.

It essentially means adventurer and is a term that is gender-neutral.

The question is how this name came to be associated with Sabah and what is more, naming a parliamentary constituency as Kimani but with the addition of “s”.

It is obvious from the election results, the underdog BN was a “true Kimani” by being “adventurous” in winning the seat, rather than taking it for granted that Pakatan Harapan or Warisan would win.

What was surprising was the fact that BN won the seat with a majority of 2,029 votes, whereas in the last general election BN could only win with a razor-thin majority of 156 votes.

The 2,029-vote majority was not a huge majority if we compare electoral wins in Peninsular Malaysia, but for places in Sabah with smaller parliamentary constituencies, the majority can be described as significant.

A sore point for Sabahans, Sarawakians

A variety of factors can be assigned for the surprise victory of BN, from the non-implementation of Harapan’s election pledges to the latest on the new registration for illegal entrants to Sabah.

It was the combination of local assertion against federal intrusion, a sore point for Sabahans and Sarawakians, that brought the downfall of Harapan.

The argument that it might take time for Sabahans to embrace Harapan might be used to downplay the victory of BN, but such reasoning does little to convince Malaysians that the Harapan leadership is on the right track.

As somebody said, if people can embrace Harapan by bringing the downfall of BN in the last general election, why do they need time to embrace Harapan?

It is not that they have not embraced Harapan, but as these five by-elections indicate, they are losing their grip on the embrace of Harapan.

The victory of BN could even be a default one, in other words, a protest vote against Warisan and Harapan, as what happened in Tanjung Piai.

Yes, protest votes can be reversed if Harapan addresses the right things, but there is a need to ensure that protest votes do not transform into genuine support for the BN in the near future.

Sabahans and Sarawakians must be treated with dignity and respect.

Their desire for autonomy must be respected with genuine reforms, not piecemeal ones.

Putrajaya must get rid of the attitude that it knows what is best for Sabah and Sarawak.

Elections might come and go. The issues raised during elections might bring to fore the underlying deep-seated frustrations and pent-up emotions.

If Sabahans can vote in BN in the recent by-election, it goes to indicate that voters are willing to forgive BN for all the past atrocities, provided the opposition coalition is prepared to take up some of the genuine grievances of Sabahans in general and the voters in Kimanis.

If losing the five by-elections are not enough, then the onus is on Harapan to re-embrace Malaysians, particularly with its genuine reforms.