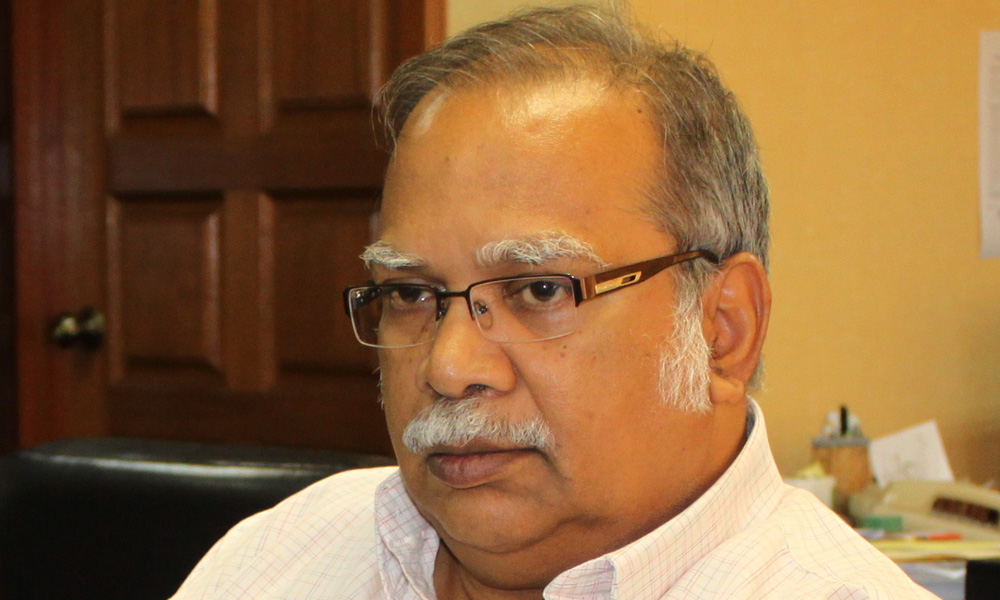 Penang Deputy Chief Minister P Ramasamy has lambasted Syed Saddiq Abdul Rahman for criticising him and several other Pakatan Harapan leaders for harping on the transition of power issue.

Without mincing words, he said the Pakatan Harapan Youth chief should “close his gap” and not question their democratic right to ask Prime Minister Dr Mahathir Mohamad to honour the agreement to pass the baton to PKR president Anwar Ibrahim.

“No one is forcing Mahathir to leave office at once, but want him to fix a date for the handing over of power to the next in line that is Anwar,” Ramasamy added in a statement this evening.

According to the DAP assemblyperson, the Harapan agreement before the last general election was for Mahathir to be the interim prime minister for two years.

“But unfortunately, until today, the Harapan presidential council has yet to fix a date for the power transition. Now whose fault is this?” he asked.

Ramasamy said a date should be set even if Mahathir wanted to relinquish the post after the Asia-Pacific Economic Cooperation (Apec) countries summit in Kuala Lumpur in November.

“What is wrong in setting a definitive date for the power transition?

“I am sure Mahathir has no problem with this, but Syed Saddiq seems to be jumping up and down to earn some brownie points from Mahathir,” he added.

Ramasamy also disagreed with Syed Saddiq that asking for a succession date would lead to instability or hamper Mahathir's ability to administer the nation.

“If Syed Saddiq believes in democracy, he must respect the right to dissent,” he added.

He also argued that Harapan's victory in the last general election would not have been possible if Anwar did not ignite the "reformasi" movement two decades earlier.

“I suppose Syed Saddiq was too much of a newcomer to understand and appreciate the political dynamics of the reformasi era, let alone understand the context in which Mahathir was made interim prime minister.

“After the losses in five by-elections, there is a need to resolve the transition matter. The Harapan presidential council must address this question,” said Ramasamy.

'Why were you silent on calls for PM to serve full term?'

Meanwhile, PKR vice-president Chang Lih Kang zeroed in on Syed Saddiq's accusation that those who were pressuring Mahathir have turned their backs on the Harapan consensus.

“But what is the Harapan consensus? Two years or no date (for Mahathir to step down)? If two years, then it is May 2020.

“If there is no date, then the transition can be done anytime. What is Syed Saddiq's answer?” he tweeted.

Speaking to Malaysiakini later, Chang pointed out that while Syed Saddiq emphasised on the Harapan consensus, the latter, however, did not utter a word when certain quarters asked Mahathir to serve out his full term.

“Isn't asking Mahathir to serve a full term also going against the consensus?” he questioned.

As for Mahathir wanting to remain in power until the conclusion of the Apec summit, he said regardless of this, there should be specific details on when the transition would take place.

“Even if not an exact date, at least, the month should be made clear,” he added.

In an interview with Reuters last month, Mahathir said he would remain at the helm until the Apec summit and reiterated that Anwar would be his successor.

“As far as I am concerned, I am stepping down and I am handing the baton to him (Anwar). If people don't want him, that is their business, but I will do my part of the promise […] irrespective of whatever allegation. I made my promise, I keep my promise,” he added.