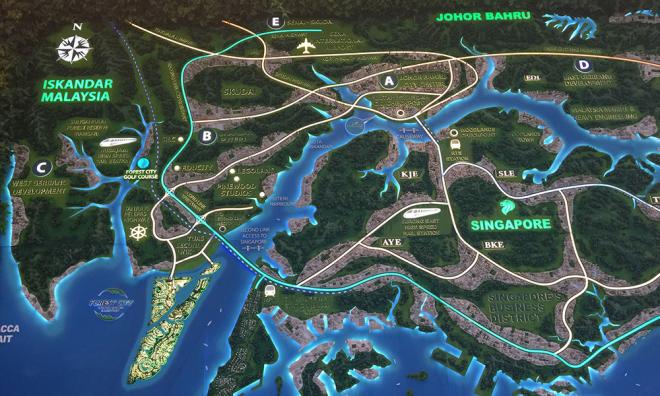 Country Garden Malaysia (CGM), the developer of the Forest City project in southern Johor, has been laying off staff since last December, according to EdgeProp.

The report said close to 400 personnel were given two options: Either accept a severance package and leave within 48 hours; or negotiate a compensation package with the company's lawyers.

Citing an anonymous source, the report said the layoffs were part of CGM's restructuring exercise. More layoffs are expected in March and June.

CGM told EdgeProp that the down-sizing exercise was part of an effort to merge all its Malaysian units.

“During the integration process, the organisation saw the need to manage overlapping skills and talents. Some of the talents were transferred to other departments that fit their skills while some were reassigned to other projects.

“For those who made the decision to leave, their service was recognised with a fair package, with a consensual understanding between both parties. The process was executed in accordance with Malaysia’s labour laws,” said the company.

The EdgeProp report also claimed that the Johor Bahru Labour Department was not notified of retrenchments by CGM.

Its flagship project is Forest City, which is meant to attract expatriates - mostly from China - due to its futuristic design and proximity to Singapore.

Forest City is a joint venture between Country Garden and Kumpulan Prasarana Rakyat Johor (KPRJ), the latter which is ultimately owned by the Johor government and the Johor Sultan.

The case of Forest City and the Johor sultan