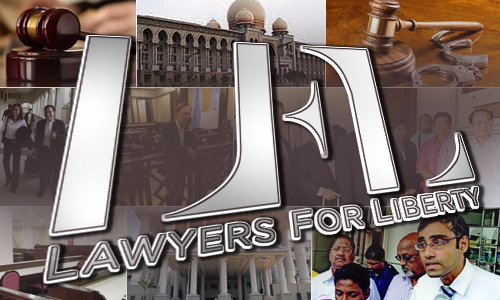 Singapore to block LFL's website for not complying with correction directive

The Infocomm Media Development Authority (Imda) will get internet service providers in Singapore to block the website of a Malaysian rights group for its claim that prisons in Singapore use unlawful methods for executions, The Straits Times reported.

Quoting the republic’s Ministry of Communications and Information (MCI), the report yesterday said the action was taken after the Lawyers for Liberty (LFL) group did not comply with a correction direction issued under the fake news law against a Jan 22 statement on its website.

"The correction direction issued to LFL had required the facts to be juxtaposed against the falsehoods so that end-users in Singapore can read both versions and draw their own conclusions," MCI was quoted as saying.

The report said LFL had claimed that Singapore prison officers were instructed to kick the back of a prisoner's neck with great force to break it if the rope broke during a hanging, and that the Singapore government approved of such "unlawful methods".

According to the report, Singapore's Ministry of Home Affairs (MHA) refuted the claims on Wednesday, calling them "untrue, baseless and preposterous".

LFL, in its response on Wednesday, said it would not comply with the "unlawful and oppressive" correction notice, and asked the Singapore government to withdraw it.

The Singapore daily said LFL stood by its statements and claimed they were based on evidence from former and current Singapore prison officers with "impeccable" service records.