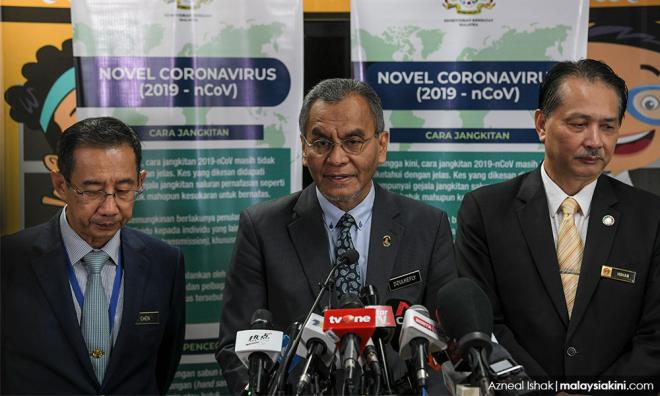 CORONAVIRUS | The government has engaged Malaysia Airlines and AirAsia to bring back Malaysians trapped in Wuhan, China.

He said other agencies involved include the National Security Council and the Armed Forces.

Speaking at a press conference in Putrajaya today, Dzulkefly said Wisma Putra will be engaging with Beijing to work out an extraction process.

There are 78 Malaysians in Wuhan, which is ground zero for the novel coronavirus. None of them have been reported as infected with the virus.

Yesterday, Prime Minister Dr Mahathir Mohamad said the situation in Wuhan was dire due to a shortage of food supply in the city.

Malaysia also plans to send food and medical supplies to Wuhan if the mission is carried out.

US and Japanese nationals have already been evacuated from the city, which is under lockdown. Discussions are also underway to evacuate Australians in Wuhan.

Meanwhile, Dzulkefly said Malaysian students and lecturers who have returned from China for holidays will be placed under home surveillance.

He said they have been identified in a joint effort with the Education Ministry. Those identified will be given a medical warning card and a home assessment tool.

They are required to check themselves into a medical facility immediately if they begin showing symptoms of the virus.

So far, there are eight confirmed cases of novel coronavirus in the country, all involving China nationals.

One of those infected was a woman previously declared negative, but fell ill while looking after her two infected children.

Dzulkefly said it was unclear if it were caused by human-to-human transmission.

Five people, including three Malaysians, are awaiting lab results on whether they have been infected with the virus.