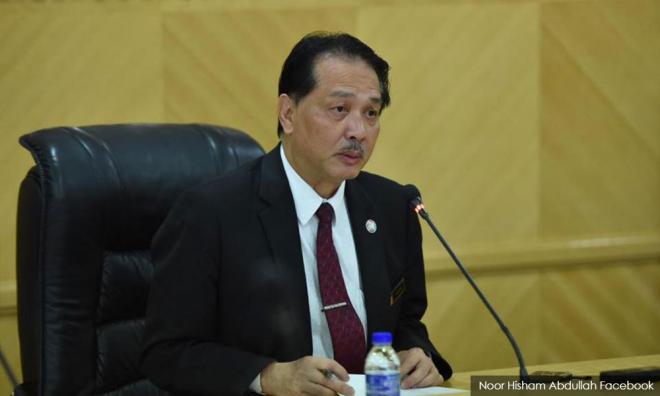 "Fake news. No one has died from coronavirus in Malaysia," Noor Hisham (photo) said when asked to comment on a report carried by India's NDTV that a 23-year-old man from Tripura had died in a Malaysian hospital after being infected from a new strain of coronavirus.

According to the false report which was distributed by Asian News International (ANI), an Indian news agency based in New Delhi, the 23-year-old Indian national Manir Hossain had died from the virus.

ANI quoted his grandfather Abdul Rahim as saying that he received the news of his grandson's death from the Malaysian authorities on Wednesday morning.

As confirmed by Noor Hisham, this report was false.

Elsewhere, Malaysian Communications and Multimedia Commission (MCMC) confirmed in a statement that a 28-year-old bank clerk was arrested in Kuantan this afternoon over a Facebook posting which spread fake news about the Wuhan virus outbreak.

This means that a total of six people have now been arrested for this offence over the past three days.

According to the MCMC, the suspect’s mobile phone and SIM card were also seized.