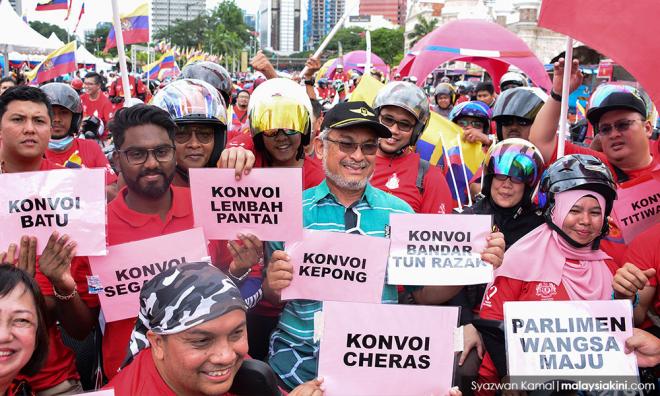 Federal Territories Minister Khalid Samad said the decision over the land purchase for the redevelopment of Kampung Baru in Kuala Lumpur is expected to be announced this June.

According to Khalid (above), the Kampung Baru Development Corporation (PKB) is still working on briefing the landowners on the choices of schemes being offered.

"This is because we have received positive feedback from all the engagements held in smaller groups. We find they understand better what we really want to do, and as a result, they give their consent," he told reporters after flagging off a convoy of about 1,500 bikers at Dataran Merdeka yesterday.

In October last year, it was reported that PKB had received about 700 to 800 forms from Kampung Baru residents in relation to the redevelopment of the area.

Of the total, about 90 percent of the landowners had agreed to an offer of RM850 per square foot by the government.

In the meantime, Khalid also expressed his gratitude to Yang di-Pertuan Agong Al-Sultan Abdullah Ri'ayatuddin Al-Mustafa Billah Shah for his support towards the redevelopment of Kampung Baru.

Khalid described the support as a signal and confidence in the Pakatan Harapan government's plans to develop the iconic location in Kuala Lumpur.

Earlier today, Sultan Abdullah in his speech during the investiture ceremony at Istana Melawati in Putrajaya said that the government was working hard to redevelop Kampung Baru in a well-planned manner.

The king in his speech expressed hope that the project could be realised, albeit prioritising the rights and interests of the Malay community, as Kampung Baru is a symbol of Malay settlement in Kuala Lumpur.

His Majesty also expressed joy and gratitude over the government's efforts and commitment to developing the Federal Territory.