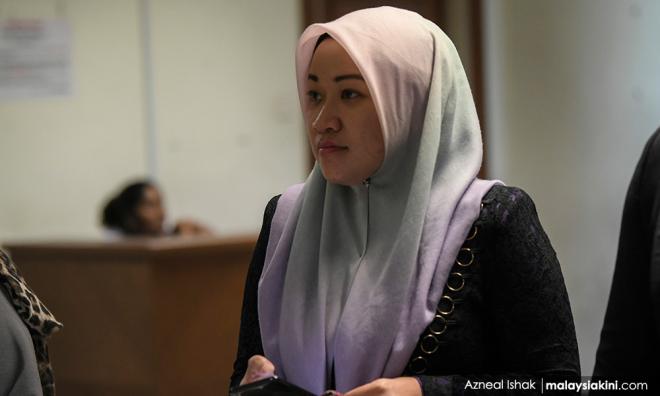 CORONAVIRUS | A journalist has claimed trial at the Kuala Lumpur Magistrate's court to three charges of making statements which could disrupt public peace in relation to the novel coronavirus (2019-nCoV).

Wan Noor Hayati Wan Alias (above) was accused of making such statements via her Facebook account Ibu Yati.

According to the charge sheet, Hayati, 40, knowingly made three statements that could cause fear to the public, which were read at 10pm on Jan 26, at the office of the Bukit Aman Commercial Crime Investigation Department.

She was charged under Section 505 (b) of the Penal Code for publishing and circulating rumours likely to cause fear or alarm to the public for the three charges.

She pleaded not guilty after the charges were read to her before Magistrate Tawfiq Affandy Chin here today.

The baju kurung-clad lady, who is a reporter for a Malay daily, appeared calm when the charges were read.

If convicted, Hayati faces imprisonment up to two years, or fine, or both.

The court released her on RM4,000 bail for each charge, with one surety.

Hayati was not represented, while deputy public prosecutor Nurilya Ellyna Nor Azmal prosecuted.

The case is fixed for mention on March 11.

Among those probed was Hayati, where police shared a screenshot of her Facebook post which read: "Pagi tadi berita kata 1000 orang China baru tiba di Penang... agaknya klu (kalau) LGE (Lim Guan Eng) kena baru darurat ke?" (This morning, the news said that 1,000 people from China had arrived in Penang... perhaps there would only be an emergency once LGE gets the virus?)