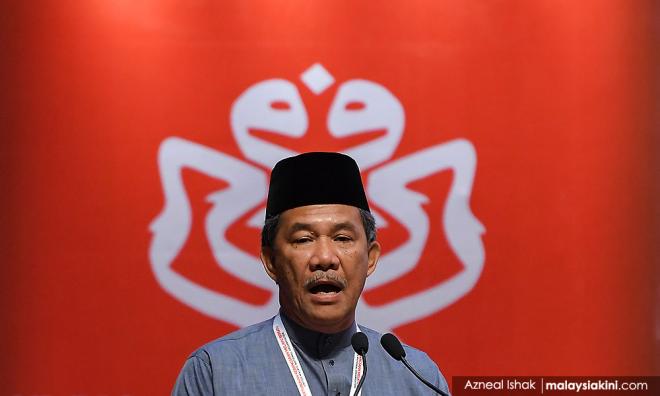 Umno deputy president Mohamad Hasan has urged his party to exercise caution in approaching a rumoured offer of political collaboration for Malay interests.

While Mohamad (above) did not mention what the offer was, this is believed to be in reference to allegations that Umno president Zahid Hamidi wants the party to consider cooperating with Prime Minister Dr Mahathir Mohamad.

Mohamad said any offers made to Umno show that the party is regaining its influence.

"But the one who is wooing us must be clear with their intent. If it truly is for the interest of Islam and strengthening the race's interests, then it is appropriate to thoroughly consider the proposal.

"To us who are being wooed, don't be too smitten, feel too desired. Don't ever be in a rush just because you've exchanged glances once or twice.

"Lust is at times very dangerous," he said in a Facebook posting last night.

On Monday, Umno Supreme Council member Lokman Adam (below, right) released an audio recording claiming that Zahid (below, left) had tried to convince party leaders during a Jawatankuasa Perhimpunan Muafakat Nasional Umno meeting that the opposition party needed to work with Mahathir.

He said among the reasons Zahid gave were so that Umno would not be deregistered, or left behind as PAS too wanted to work with Mahathir.

Mohamad said many questions need to be asked about any potential cooperation, such as whether the Malays would be worse off if it was rejected, and how such a cooperation would be implemented.

He warned that it might also be too good to be true.

As such, he said there must be thorough and robust discussions at all levels of Umno regarding this so that the party doesn't become trapped by the political machinations of others.

Mohamad has always been cautious about any possible cooperation that would bring Umno back into the government via the backdoor.

In his first closing speech as Umno deputy president at the party's 2018 general assembly, he said that Umno should not dream of receiving "bridal gifts" to join the government as a second fiddle.

The speculation about the cooperation with Mahathir, comes amid Umno's key ally PAS continued support for the prime minister to serve out a full term in office.

This is as Mahathir is expected to hand over power to PKR president Anwar Ibrahim sometime this year.

Anwar, however, seems to have fractured support in Pakatan Harapan, as those loyal to his deputy, Azmin Ali, have also said they want Mahathir to serve out a full term, as do some factions in the prime minister's party Bersatu.