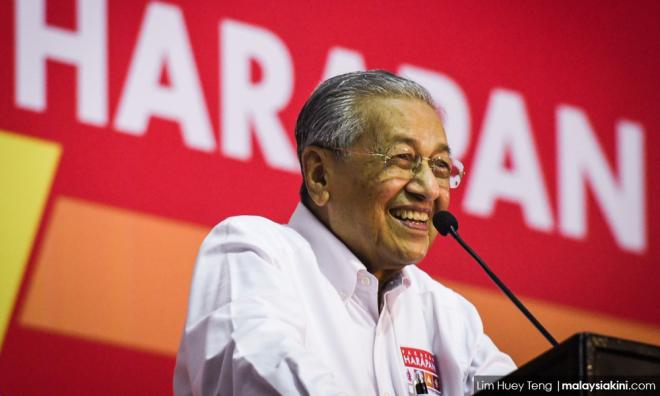 Although conceding that Dr Mahathir Mohamad is "unpredictable," Amanah vice-president Mujahid Yusof, however, is confident the prime minister would not bow to Umno and PAS.

"(Not) after joining forces (with Pakatan Harapan) to bring a new Malaysia in the last general election.

"I admit Mahathir is unpredictable but I believe he is a man of principle because Harapan was based on the principles of fighting kleptocracy, and progressive thinking and reformist values in governance," he said in a statement this evening.

Mujahid, who is also a minister in the Prime Minister's Department, was commenting on the speculation of a political tie-up between Bersatu, PAS and Umno.

The Amanah leader also dismissed the cooperation rumour as an opposition gimmick designed to erode Harapan's faith in Mahathir.

He said Umno president Ahmad Zahid Hamidi and his supporters were attempting to save themselves while PAS remains delusional about its importance in the Malaysian political landscape.

Earlier, DAP organising secretary Anthony Loke also described this speculation as a rumour and assured that Harapan was united and strong under Mahathir's leadership.

He said among the reasons cited by Zahid were to prevent Umno from being de-registered as well as for the party not to be left behind since PAS also wanted to work with Mahathir.

At a press conference in Putrajaya this morning, Mahathir downplayed the issue, saying he expected Umno and PAS to support the government in Parliament on issues beneficial to the nation.

However, a highly-placed Umno source told Malaysiakini that the party would be deciding on the matter tomorrow.