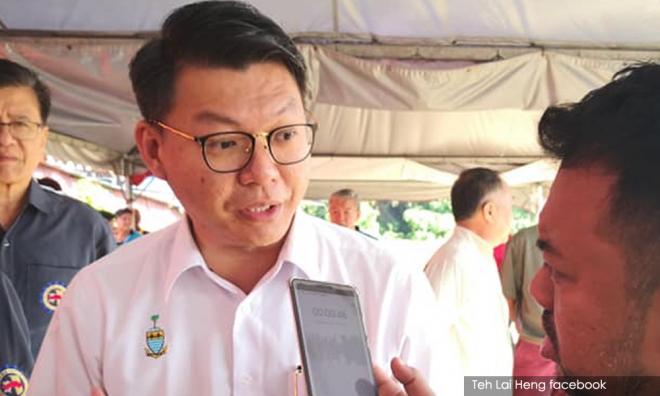 The Penang government has strongly denied that its leaders and the DAP are involved with an individual who was recently linked to drug activities.

Chief Minister Chow Kon Yeow’s political secretary Teh Lai Heng (above) said the former attended a company launch on Sept 14 last year when he was invited by the firm which had successfully produced an eco-product in line with the state’s green philosophy.

“The product was made based on coconut waste for the protection of the state’s ecology,” said the Komtar assemblyperson in a statement today.

“I strongly deny the baseless accusation that Penang leaders have a connection with one of the eight individuals slapped with drug offence charges at the Penang High Court on Jan 30,” Teh said.

Teh was referring to reports on social media which questioned if the DAP was involved in the drug activity.

The report also appeared on Facebook and was circulated via the Telegram app.

On Jan 28, the police arrested eight men and seized RM366 million worth of assets and properties linked to a drug syndicate in an operation dubbed “Ops Eagle Diamond” in Butterworth, Penang.

The police said the eight men will be investigated under Sections 3 and 4 of the Dangerous Drugs (Forfeiture of Property) Act 1988.

It is learnt that the drug suspect controlled the largest interest in the private company on November 1 last year.

“On Nov 1, 2019, the individual concerned was appointed the director of the company which was listed in the KL Stock Exchange. This was one and a half months after the company’s event was attended by Chow and two other leaders.

“To link the Penang state leadership and DAP with the activities of the individual is slander with malicious intention,” Teh said.