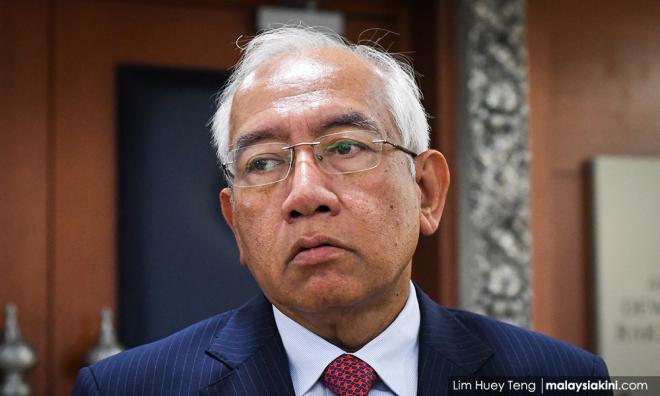 Jagjit alleged that Mahdzir agreed to accept the bribe and wrote instructions, at his home in Saidi's presence, for Education Ministry staff to prepare the paperwork.

Mahdzir disagreed with the suggestion.

Jagjit then moved on to Mahdzir's conversations with Rizal, which was described in the former minister's witness statement.

The lawyer established that Mahdzir had never verified with Rosmah if Rizal was indeed speaking on her behalf.

According to Jagjit (below), Rizal had a habit of namedropping.

Mahdzir: I know Rizal. He was Rosmah's officer.

Jagjit: Yes, but why didn't you contact Rosmah directly? You know her.

Mahdzir: I have said, there is Rosmah, Rizal and Cikgu Aazmey.

Jagjit: Why? You know her.

Mahdzir: Because I believed what Rizal told me.

Jagjit: Excuses. You are a corrupt minister. You asked for millions.

Last week, Mahdzir had told the court that Rizal contacted him on behalf of Rosmah to urge the then minister to expedite the approval of the solar project for Jepak Holdings.

According to Mahdzir, Rizal had referred to Rosmah as "ma'am" in those conversations.

Rizal was once a co-accused but the prosecution had withdrawn their case against him, raising the possibility of him testifying against his former boss.

Solar panel project - I was pressured by 'Najib, ma'am and Rizal', says ex-minister

Driver: I delivered 'schoolbags stuffed with cash' to Rosmah's house