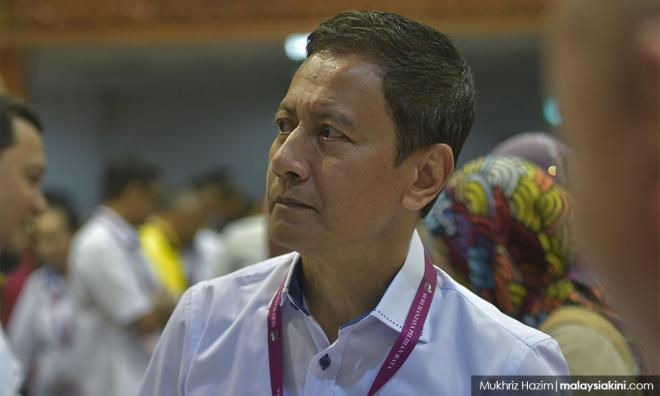 The Election Commission (EC) is awaiting the official notification from the Sarawak state assembly speaker on the vacancy of the Pujut state seat before taking the necessary action.

Its chairman, Azhar Azizan Harun (above), in a statement today, said the official notification on the vacancy was required under Article 21 (5) of the Sarawak State Constitution.

“The Election Commission of Malaysia takes note of the Federal Court’s decision on Feb 11, 2020, in disqualifying Dr Ting Tiong Choon as the assemblyman for Pujut (N.74),” he said.

On Feb 11, the Federal Court ruled that the Sarawak state legislative assembly was right in disqualifying Ting (below) as the Pujut assemblyperson over his dual citizenship status.

It overturned a Court of Appeal ruling in a 7-2 majority decision, and cited Article 19 of the Sarawak Constitution and Article 72 (1) of the Federal Constitution which state, respectively, that the assembly has the final say in such a matter and that assembly proceedings cannot be questioned in any court.

On the same day, Sarawak State Assembly Speaker Mohamad Asfia Awang Nassar told a media conference that there was no necessity for him as the speaker to write to the Election Commission to notify about the vacant seat following the ruling by virtue of Article 21(5) of the Sarawak State Constitution.

The Article, among others, states that if a casual vacancy is established on a date within two years of the date the State Legislative Assembly shall stand dissolved, such casual vacancy shall not be filled, unless the Speaker notifies the Election Commission in writing that the numerical strength of the party that constitutes the majority of all members of the State Legislative Assembly is being affected by such vacancy.

"The need for the speaker to write to the Election Commission does not arise and without such notification, (there will be) no by-election," he was quoted as saying.