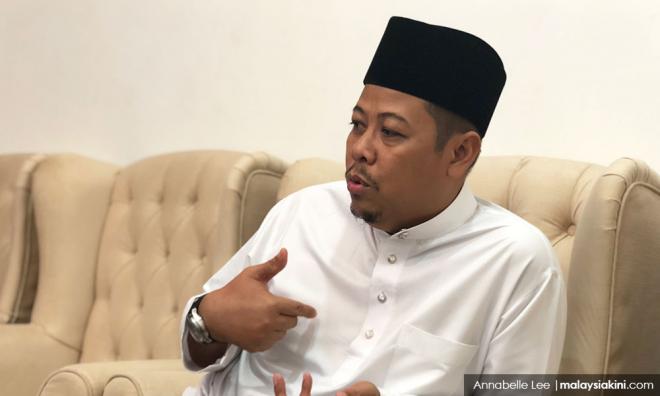 An Umno leader has questioned the "legitimacy" of Anwar Ibrahim assuming office as the next prime minister when the PKR president himself appeared not to command majority support in Dewan Rakyat.

In a statement tonight, Umno Supreme Council member Mohd Razlan Muhammad Rafii (photo) pointed out Anwar does not even enjoy the full support of his own party.

"He has lost the confidence from his own party to be made the premier.

"Anwar admitted some PKR MPs signed the statutory declaration that (they) did not accept him as the premier," he said.

"This would add to the disarray in the country. How is it possible that Anwar receives the majority of support for him to assume office as prime minister when he does not command the majority (support) in Parliament," he said.

"This is not about the timeline of (transition of power). This means as the biggest component party in Pakatan Harapan, PKR itself failed to arrive at a consensus," Razlan said adding such confusion will lead to disorder situation in politics.

He said the Harapan should prioritise the public affairs instead of fighting for the prime minister post when the country hit by economic slowdown and racial disharmony.

Quoting reliable sources, the Sarawak Report claimed that MPs from Umno, PAS, Bersatu and PKR - who are aligned to PKR deputy president Azmin Ali - “have been pressured to fly in from all corners to Kuala Lumpur” to sign the statutory declaration over the last 48 hours.

Earlier today, Anwar confirmed that there was an effort to collect signatures from federal lawmakers for Prime Minister Dr Mahathir Mohamad to serve until the end of his term.

Anwar said he had met Mahathir over the transition of power and the matter would be finalised at the Harapan presidential council meeting on Feb 21.

Earlier, Malaysiakini reported that next week's presidential council meeting, the first since Nov 23, could be an explosive affair.

Sources claimed that Mahathir has the backing of more than 130 MPs, including those from Gabungan Parti Sarawak, and this would serve as his trump card should the council pressure him to step down.