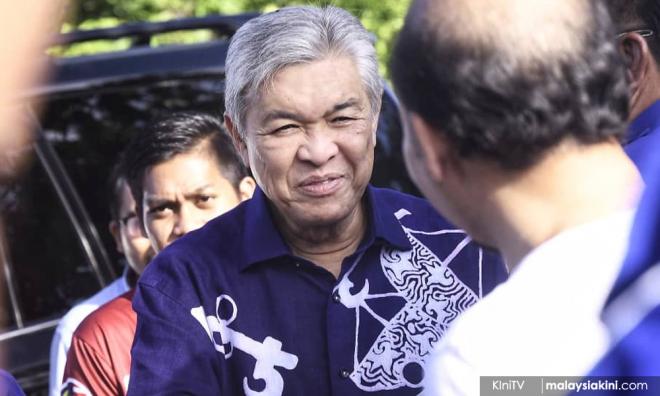 The High Court was today told that former deputy prime minister Ahmad Zahid Hamidi issued a directive for the process of issuing a Letter of Acceptance (SST) to Datasonic Technologies Sdn Bhd (DTSB), which belonged to his friend, for the supply of passport chips to be expedited.

“On Oct 22, 2015, I received a letter from the Deputy Prime Minister's Office, dated Oct 20, 2015, extending the DTSB letter, where we were instructed by then Home Minister (Ahmad Zahid) to expedite the process of issuing the SST.

“I was certain the writing and initials were that of the then Home Minister (Ahmad Zahid) as I knew and had received instructions through minutes from the minister," he said when reading out his witness statement during examination-in-chief by deputy public prosecutor Gan Peng Kun.

Abd Aziz, who is the 33rd was testifying of the 15th day of Ahmad Zahid’s corruption trial involving millions of ringgit in Yayasan Akalbudi funds and passport chip supply contracts with several companies.

SST is an official letter which is a contract agreement between the government and a company, whereby the terms set forth in the SST cannot be changed it has been signed by both parties.

Ahmad Zahid, 67, is facing 47 charges, with 12 of them for criminal breach of trust (CBT), eight for corruption and 27 for money laundering involving tens of millions of ringgit of funds belonging to Yayasan Akalbudi.

Editor's note: Based on legal advice, the commenting feature for the above article has been disabled.