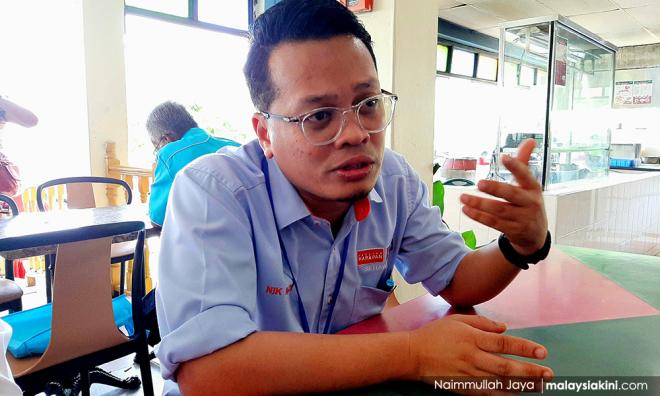 PKR lawmaker Nik Nazmi Nik Ahmad has questioned PAS’ motivation to move a "vote of confidence" in Parliament for Dr Mahathir Mohamad to serve out his full term as prime minister.

Accusing the party of acting “strange” and “not acting in good faith”, he pointed out there has been no attempt to move a motion of no-confidence against the seventh prime minister.

Neither, he said, was the current administration’s position in the Dewan Rakyat in question. Hence, the move was not legally binding.

“What stunt is PAS trying to pull?

“It won’t prevent Mahathir from resigning when he wants to. And the government will still fall if someone manages to get a motion of no-confidence passed later on,” the Setiawangsa MP said in a statement.

“A normal, rational opposition would be using this as proof that the incumbent government is losing the confidence of the people [...] indeed, most of its GE14 campaign was focused on demonising Mahathir.”

He questioned if the confidence vote was instead linked to speculation on attempts to form a “backdoor” government at the expense of PKR president and prime minister-in-waiting Anwar Ibrahim.

For the record, Nik Nazmi is known to be aligned to Anwar. The party is seen to be split due to strained relations between the latter and Azmin Ali, who is PKR deputy president.

Meanwhile, PAS stressed the Islamic party had a “responsible” basis for expressing support for Mahathir.

“PAS’ stand in supporting Mahathir has its basis, including prioritising the wellbeing of the country and its people.

“For this, on the basis of responsibility, PAS has come forward to support Mahathir to remain as the Malaysian prime minister until GE15,” PAS information chief Kamaruzaman Mohamad said in a separate statement today.

He said PAS reached its decision upon witnessing a "crisis of accord" among the ruling Harapan coalition parties.

“Worrying still, when there are certain quarters in government who are exerting pressure to expedite the transition of power,” he said.

PAS announced earlier this month that it would move a motion of confidence on Mahathir to end uncertainties over the promised transfer of power between Mahathir and Anwar.

The opposition party claimed this was interfering with the country's political and economic stability.

Many quarters from both sides of the political divide have expressed support for Mahathir to serve out his full term despite an agreement by Harapan parties that the latter would hand over the premiership to Anwar after a few years.

Others, meanwhile have called on Mahathir to honour the pact.

Mahathir himself has repeatedly assured he would abide by the initial agreement. However, no definite date for the handover has been set.

Yesterday, Anwar said the matter of succession would be finalised at the Harapan presidential council meeting on Feb 21.

He said he was "inclined" towards Mahathir spearheading the nation until the Asia Pacific Economic Cooperation (Apec). Mahathir had previously expressed this in an interview in December.

Anwar also confirmed a recent report that several opposition and federal lawmakers had been pressured to sign a statutory declaration in support for Mahathir for serving out his full term.

In a later development, Mahathir told reporters today he fully intended to keep his promise of stepping down after the Apec summit.