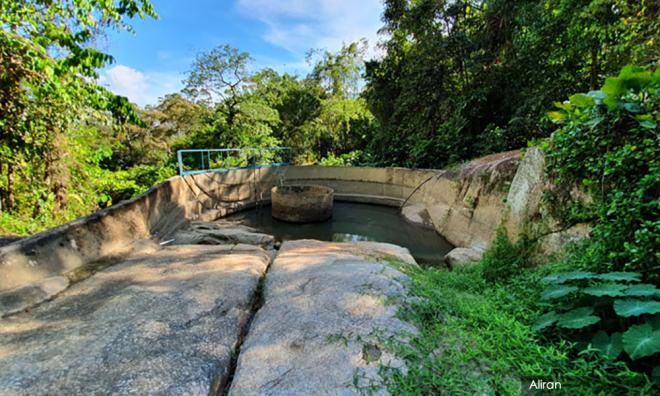 An NGO has discovered that three water intake points of the Penang Water Supply Corporation (PBAPP) on the Air Itam hills are located very close to the alignment of the proposed Pan Island Link phase one (PIL1) highway.

Penang Hills Watch claims the water intake points in question and their geographical coordinates according to the Environmental Quality (Industrial Effluents) Regulations 2009 are as follows:

"We verified the geographical locations of these three water intake points from field visits to the sites," said the NGO in a statement.

"These water intake points are the sources of water supply to the Air Itam dam and ultimately for water consumption on the island," it added.

According to activists, the proposed six-lane highway will be one of the most expensive highways on a per kilometre basis.

They said "reported estimates for the total cost ranges from RM7.5 billion to RM9.6 billion for the 19.5km route, which works out to RM385 million to RM492 million per kilometre".

However, the state's project delivery partner, SRS Consortium, says PIL1 will be a strategic bypass segregating regional traffic from local traffic for better traffic dispersal while also improving accessibility from north to south of the island.

Meanwhile, the NGO provided a map which showed the water intake point locations over a Google Earth image on which is also superimposed the proposed alignment of the PIL1.

"The close proximity of these water intake points to the proposed highway alignment has not been disclosed in the PIL1 environmental impact assessment report," said Penang Hill Watch.

Penang has issued three water alerts, urging residents to conserve water as the dams are running low due to lack of rainfall.

PBAPP CEO Jaseni Maidinsa has warned that strict measures must be taken to conserve water to avoid water rationing.

"Given the fractured nature of the granitic bedrock of Penang Island, we are concerned about the impacts the construction of the PIL1 would have on the surface and groundwater hydrology that might affect flow and water availability at these intake points," the NGO said.

"The Bahagian Kawal Selia Air (BKSA) (the water regulatory body) and PBAPP have noted this omission and commented on the implications of the continued water extraction and supply at these intake points," it added.

"While the PIL1 environmental impact assessment report has already been approved by the Department of Environment, we urge that this matter be seriously investigated and its findings duly disclosed to the public," it stressed.

Malaysiakini has contacted PBAPP over Penang Hill Watch's claim and is awaiting its response.