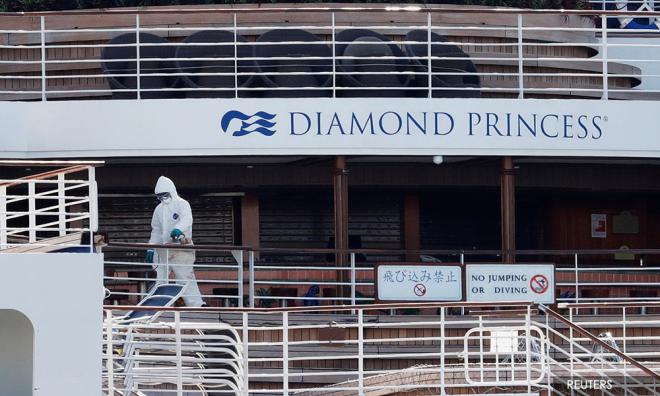 CORONAVIRUS | Two Malaysians have tested positive for Covid-19 in Japan.

Health Minister Dr Dzulkefly Ahmad, said the elderly couple, who were on board the Diamond Princess cruise ship, is in stable condition and being treated at the Fujita Hospital in Nagoya.

He said they tested positive on Feb 16.

The cruise ship had been placed on lockdown in Yokohama on Feb 5, two days after it was confirmed that a passenger who had disembarked in Hong Kong in late January had also tested positive. More than 620 of the ship's passengers have tested positive.

Dzulkefly said another Malaysian on board, had tested negative for the virus after a two week quarantine, and had been allowed by Japanese authorities to return home.

Meanwhile, a Malaysian crew member aboard the vessel is still being monitored.

Back home, two China nationals have recovered from the coronavirus and have been discharged, bringing the total number of recoveries in Malaysia to 17.

"These two comprised of a 27-year old man and a 32-year-old woman from China who were tested positive on Feb 14.

"They have fully recovered," Dzukefly told the media in Kuala Lumpur today.

There were no new positive cases today, and only five of those who tested positive are still undergoing treatment in hospital.

They are an 83-year old woman from the United States who is warded at Sg Buloh hospital, one at Sultanah Bahiyah hospital, Kedah, and the other three who are still warded at Kuala Lumpur hospital.