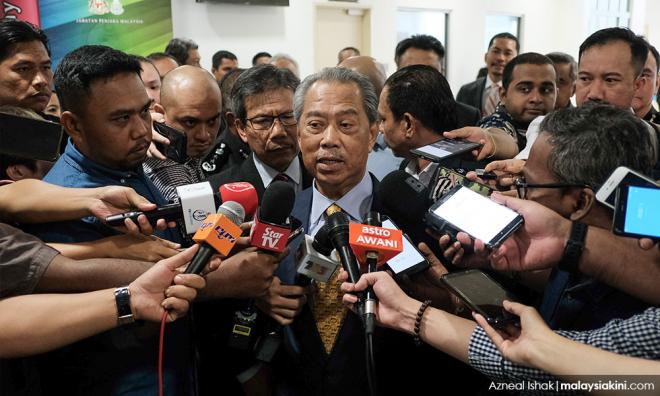 Muhyiddin emerges as frontrunner for PM, and 9 news from yesterday

2. BN and PAS made an about-turn and are backing Muhyiddin as prime minister, but PKR president Anwar Ibrahim is counting on disgruntled MPs from the “other side” for support.

3. Dewan Rakyat speaker Mohamad Ariff Md Yusof rejected interim prime minister Mahathir’s request for a special sitting on Monday for a vote on who has majority support to claim the prime minister's post. The palace backed Mohamad Ariff’s decision and will conduct a fresh round of interviews, this time with party leaders, in the bid to break the impasse.

4. Gombak MP and former PKR deputy president Azmin Ali and nine out of 10 other defectors have joined Bersatu.

5. In a series of tweets, Amanah strategic communications director Khalid Samad made an impassioned plea for Mahathir to remain in the Pakatan Harapan coalition.

6. The Election Commission said it is prepared to conduct a snap election if it is called, while analysts warned that a right-wing Malay-Muslim majority would almost certainly dominate such an election.

7. Johor is headed for a possible crisis after the state’s BN chief Hasni Mohammad is sworn in as menteri besar, as two opposing blocs each control exactly half of the state assembly.

8. Electoral watchdog Bersih is calling for a meeting with other NGOs today to discuss organising a protest rally against the ongoing political turmoil.

9. Tommy Thomas resigned as attorney-general, just a few months shy from the end of his term in June.

10. As the political crisis deepens, Malaysia recorded three new Covid-19 cases over a 24-hour period. Travel bans are imposed on travellers from the worst-hit parts of South Korea.