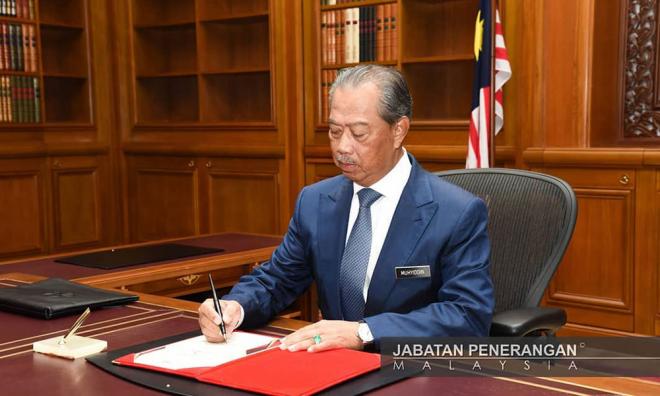 Prime Minister Muhyiddin Yassin has pledged that he would prioritise anti-corruption efforts and appoint "clean" individuals to his cabinet.

In a televised address today, he said he is cognisant that the people want a government that has integrity and is free from corruption.

“For a start, I promise to appoint cabinet ministers from among those who are clean, have integrity, and capable. God willing.

“My government will also give priority to efforts to improve integrity and good governance.

“This includes efforts to combat corruption and abuse of power through increased enforcements, and streamlining laws, regulations, and related practices,” he said.

Muhyiddin was sworn into office yesterday as the head of the Perikatan Nasional coalition comprising Bersatu, BN, and PAS, along with support from Gabungan Parti Sarawak.

This has raised questions whether anti-corruption measures implemented by the previous Pakatan Harapan-led administration would be reversed, especially when it comes to criminal proceedings against BN leaders.

Umno president Ahmad Zahid Hamidi had denied claims that his party had struck a deal to drop all criminal changes against its leaders, in exchange for its support for Muhyiddin’s bid for premiership.

PM 'for all' pledges to focus on cost of living, healthcare, education
2 Mar 2020
I did not want to be prime minister - Muhyiddin
2 Mar 2020
Rakyat keeping watchful eye on new gov't's direction – analysts
2 Mar 2020
Muhyiddin clocks in at Putrajaya as prime minister
2 Mar 2020