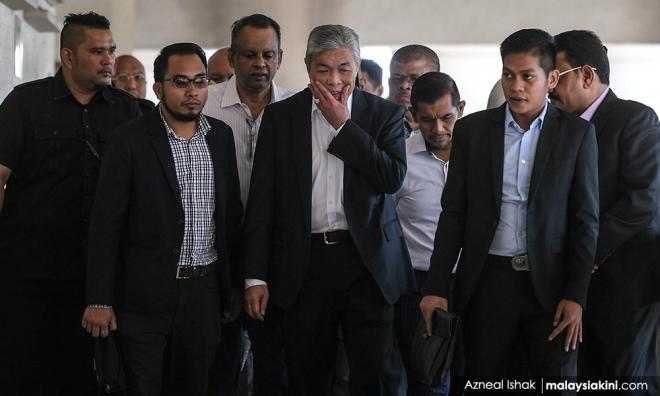 Zahid fails to produce PMO invite, court finds no contempt due to 'miscommunication'

ZAHID TRIAL | Umno president Ahmad Zahid Hamidi was unable to produce to the High Court a letter from the Prime Minister's Department which purportedly contained an invitation for a meeting with Prime Minister Muhyiddin Yassin.

"I wish to explain to Yang Arif about the letter. I have spoken to (the prime minister's) political secretary.