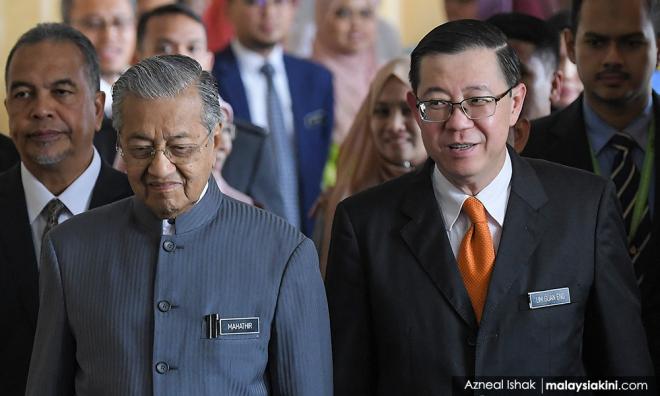 He said the DAP secretary-general was also willing for the latter’s party to have fewer ministers in a new cabinet.

"DAP said 'it's ok Tun (Mahathir), if Malays can't accept (Harapan) because of us, it's ok to reduce the number of DAP ministers'.

"Lim, himself, said 'if I am used as an excuse, if Malays can't accept Lim Guan Eng as finance minister, it's ok if I am not finance minister'," he was quoted as saying by Sinar Harian.

Khalid (pictured below) was speaking at a Shah Alam Harapan event last night.

He was commenting on negotiations which were alleged to have taken place between Mahathir and Harapan in a last-minute bid to thwart Bersatu president Muhyiddin Yassin from being named the eighth prime minister.

A political crisis was triggered when Bersatu and several PKR MPs, led by former deputy president Mohamed Azmin Ali, left Harapan. This resulted in Mahathir resigning as prime minister and the collapse of the federal government.

However, Bersatu, BN and PAS, together with GPS eventually declared they were backing Muhyiddin as prime minister candidate instead.

A deal was then struck between Mahathir and Harapan but was ultimately unsuccessful in preventing Muhyiddin from being sworn in as premier.

Harapan now plans to challenge Muhyiddin's majority in the Dewan Rakyat, which has been postponed to May 18.