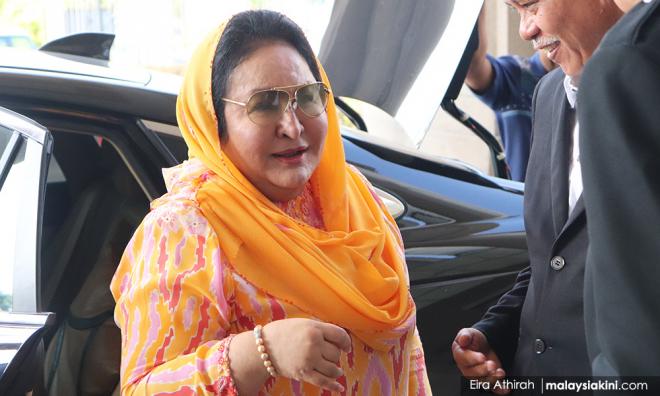 She is facing three charges pertaining to the alleged misappropriation of funds for the supply and installation of solar energy at 369 rural schools in Sarawak for the Education Ministry.

The project was valued at RM1.25 billion, and awarded to Jepak Holdings Sdn Bhd through direct negotiation.

The criminal trial against Rosmah Mansor, who is the wife of former prime minister Najib Abdul Razak, regarding a solar hybrid project continues for its 14th day today.

It is expected to resume with testimony by former Education Ministry director-general Alias Ahmad, who is the 12th prosecution witness.

Yesterday, Alias testified in court that he had received a minute from Najib ordering him to pay Jepak Holdings RM130 million in advance.

According to him, the minute was written on a letter by Jepak to Najib, which Alias received through Whatsapp message.

However, according to the witness, the Finance Ministry had rejected the request to pay Jepak the RM130 million advance, citing that only 25 percent or RM10 million can be paid to a company in advance of a project, whichever is higher.

Alias also testified that he was contacted by Rizal Mansor, who was the then aide to Rosmah, asking that payments to Jepak be sped up.

The defence's cross-examination which started later on the same day saw Rosmah's lawyer Akberdin Abdul Kader pressing the witness, including accusing Alias of failing to take charge of the ministry as its supervising officer...